The Tasmanian Devil Went Down To Georgia 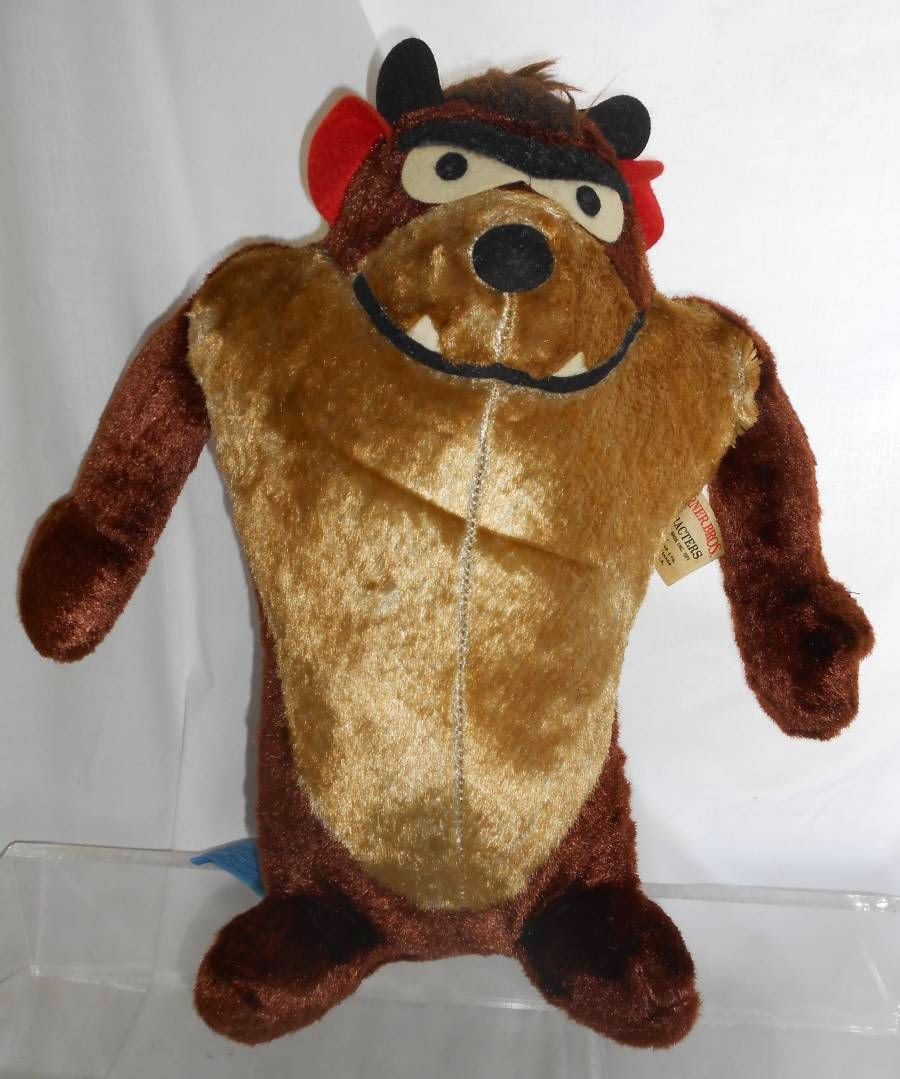 This past weekend, I went to a wedding in Scottsboro, Alabama, and it got me thinking about the Tasmanian Devil.  Let me explain.  The Bride grew up in Alabama, and the Groom is Australian.  I have always been fascinated by Aussie wildlife, and animation, so naturally I'm familiar with the Warner Brothers Looney Tunes Tasmanian Devil (or "Taz").  The character, voiced by Mel Blanc, debuted in 1954.  The appearance of the Tasmanian Devil has changed drastically over the years, particularly on merchandise.  I especially like this stuffed animal version of the character, sold in the 1970s (it actually looks a bit like a real Tasmanian Devil).

Taz has been a very popular merchandising character for Warner Brothers.  Over the years, stuffed animals of the Tasmanian Devil were produced by a company called Mighty Star. 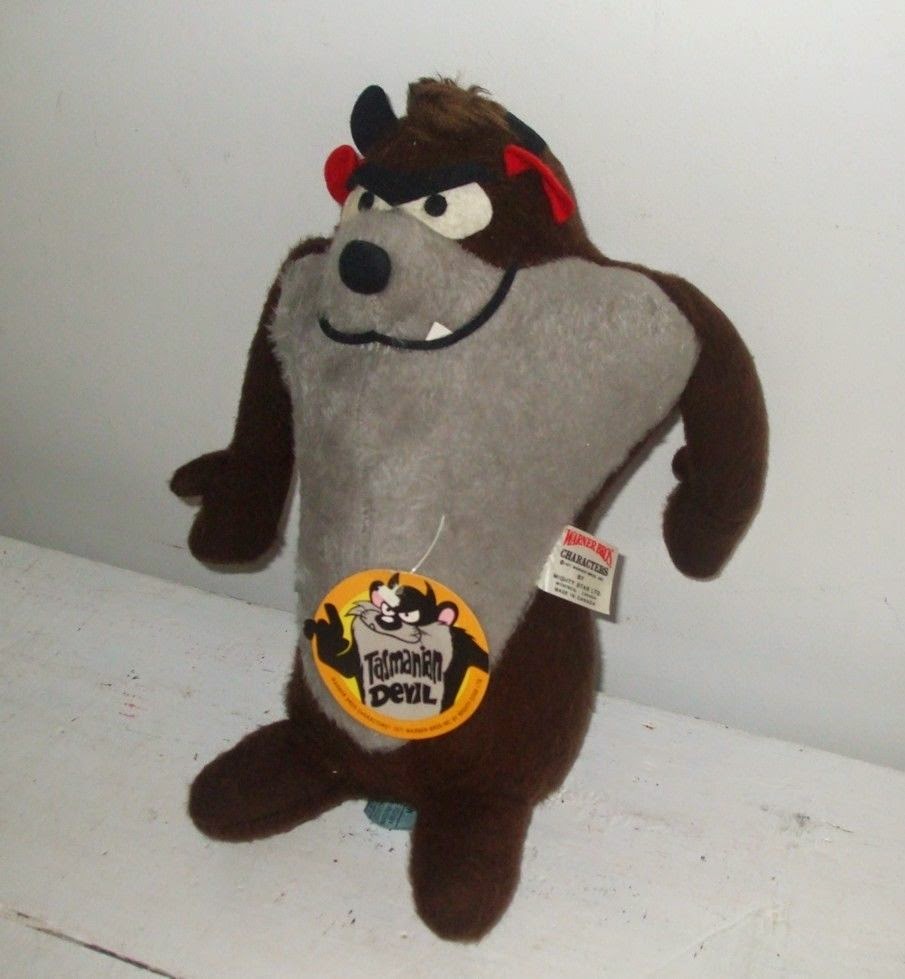 The memorable Tasmanian Devil only appeared in a few animated Looney Tunes shorts from 1954 to 1964. 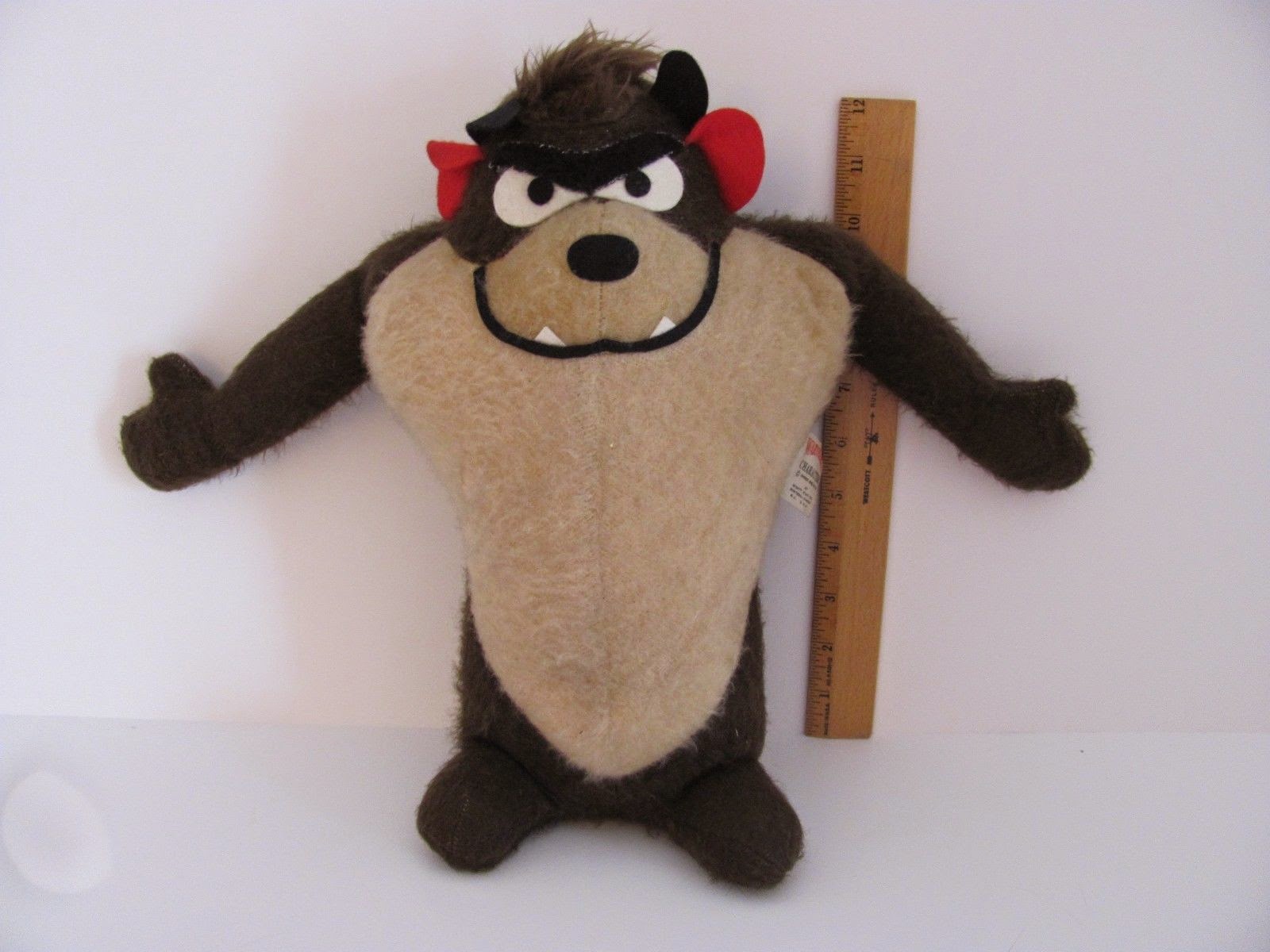 Mighty Star plush toys were sold in many toy stores and theme parks.  Believe it or not, for a short time in the 1990s, the Mighty Star Looney Tunes plush were sold at the Looney Bin Roger Rabbit "toon" store at the Disney MGM Studios (now called Disney's Hollywood Studios) at Walt Disney World in Florida. 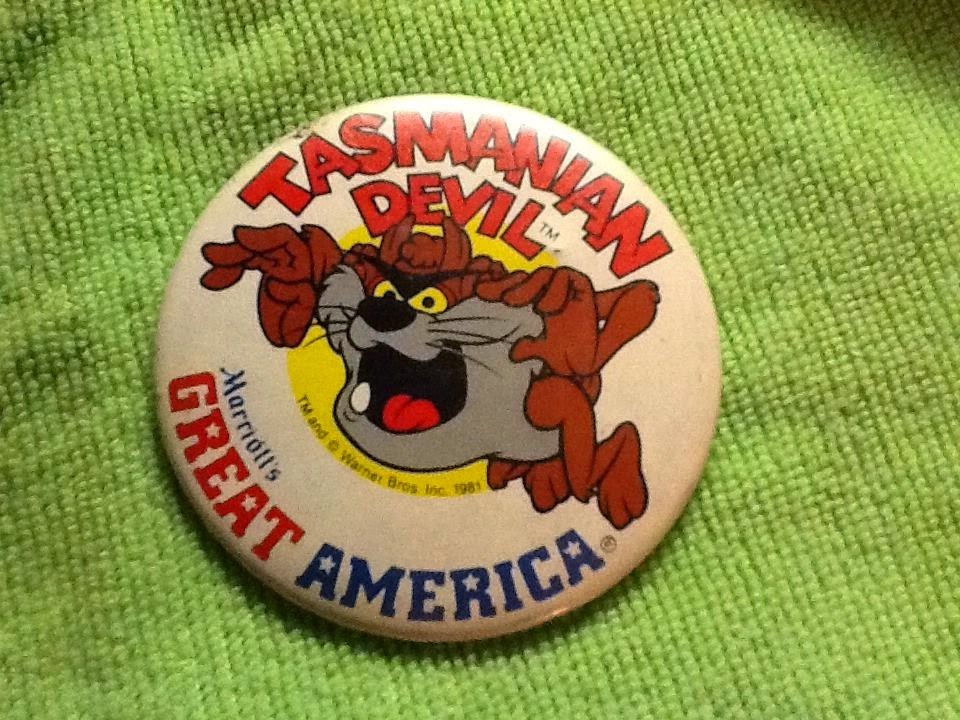 The Tasmanian Devil and the rest of the Looney Tunes served as mascots for the parks. 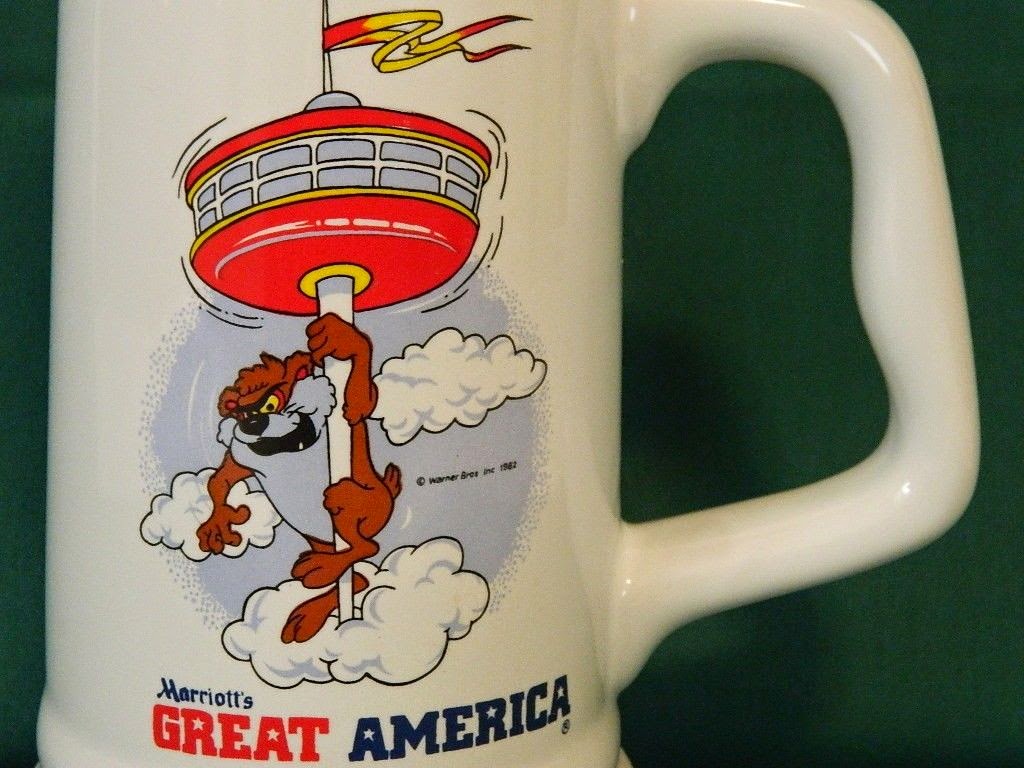 The Marriott Corporation sold the Great America parks in 1984.  The park in Illinois was purchased by Six Flags, which inherited the Looney Tunes characters.  The Great America Park in California eventually became part of the now-defunct Paramount Parks chain (which featured Hanna Barbera and Nickelodeon characters and included Kings Island in Ohio, Carowinds in North Carolina, and Kings Dominion in Virginia).

By 1985, Looney Tunes "lands" took over the kid sections in the Six Flags parks chain. 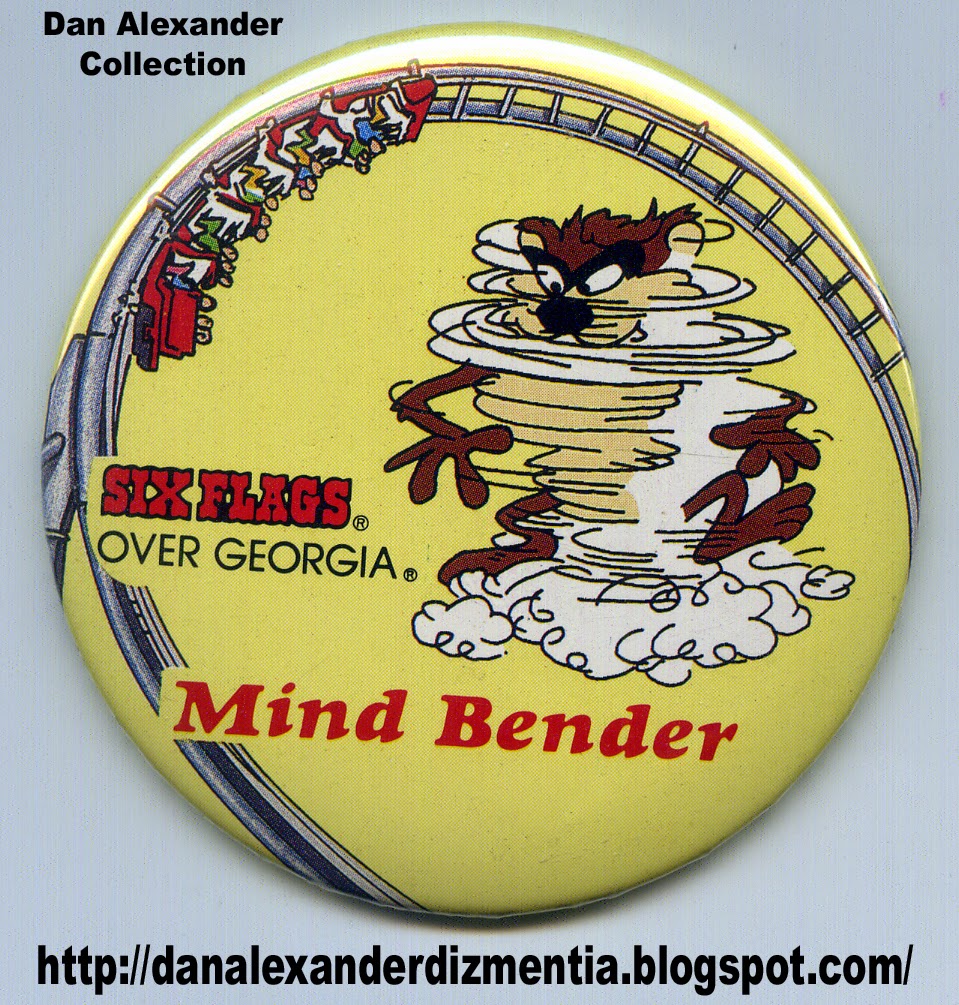 Growing up in Alabama, my "home park" was Six Flags Over Georgia.  Taz enjoyed taking the park's Mind Bender roller coaster for a spin.

Looney Tunes merchandise invaded Six Flags gift shops.  I made sure to get this five inch tall vinyl Tasmanian Devil figure (made in Hong Kong) in 1985. 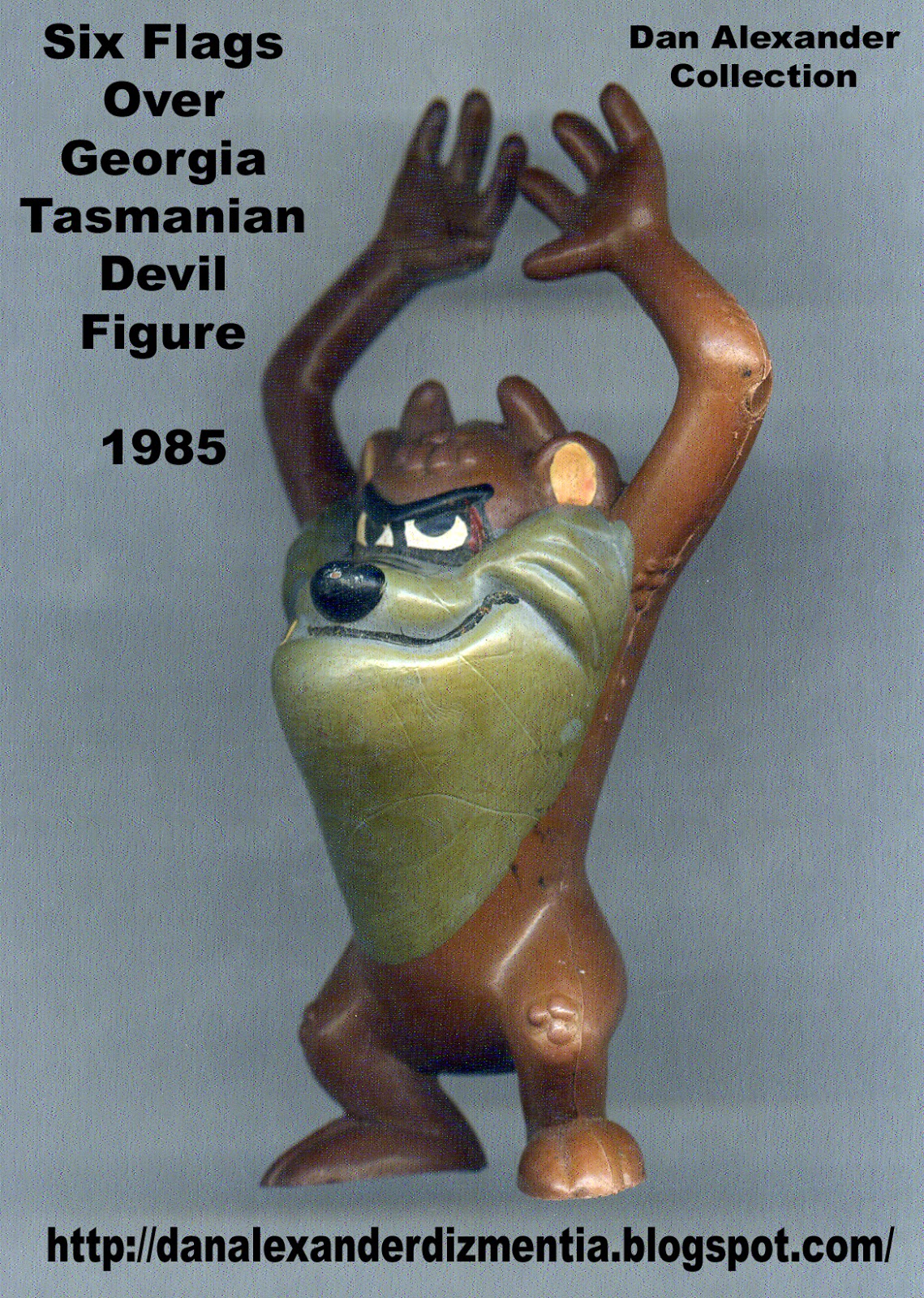 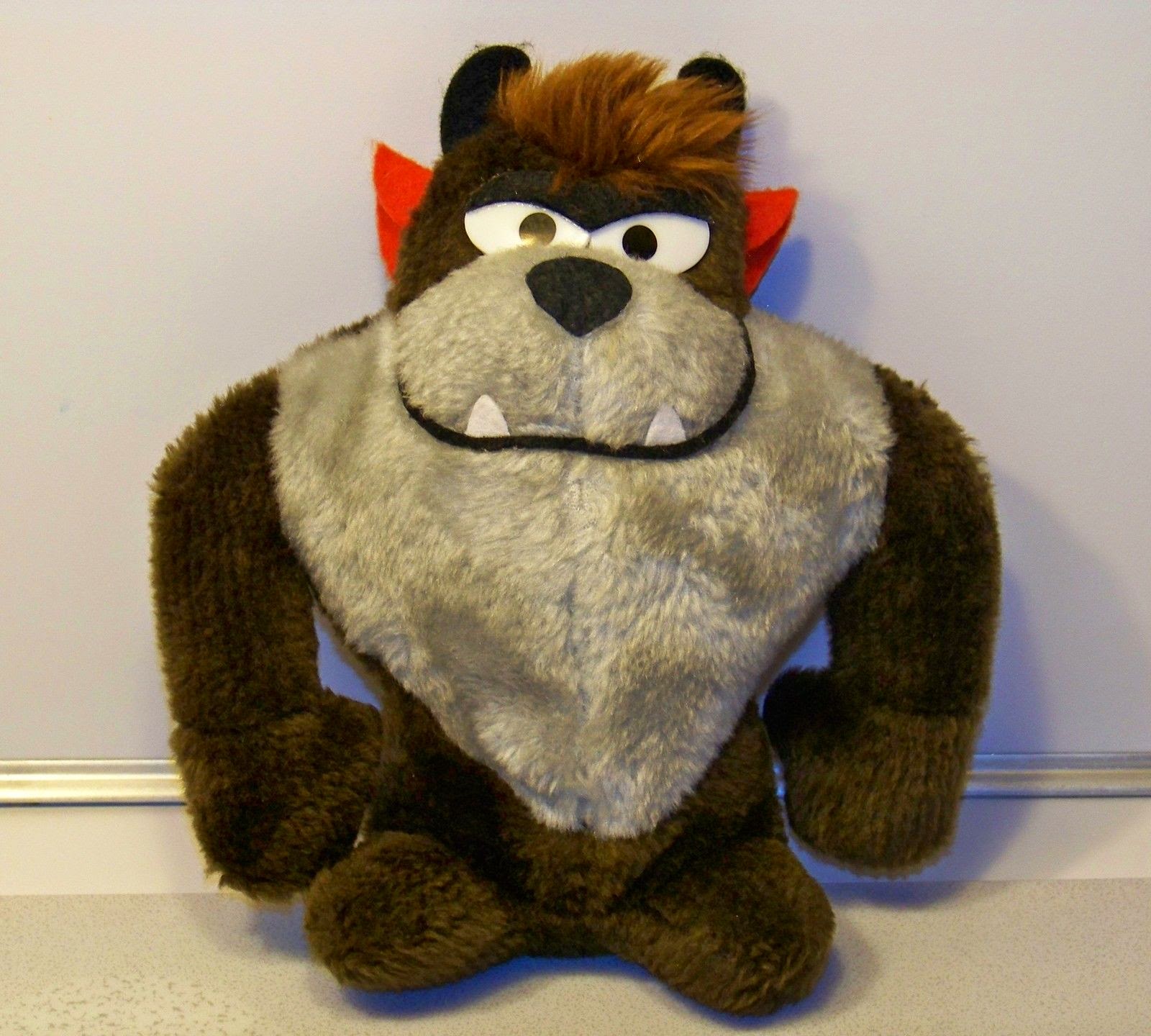 Mighty Star continued to tinker with the design of the Tasmanian Devil.

Gradually, the nose and mouth on the Taz toy got larger. 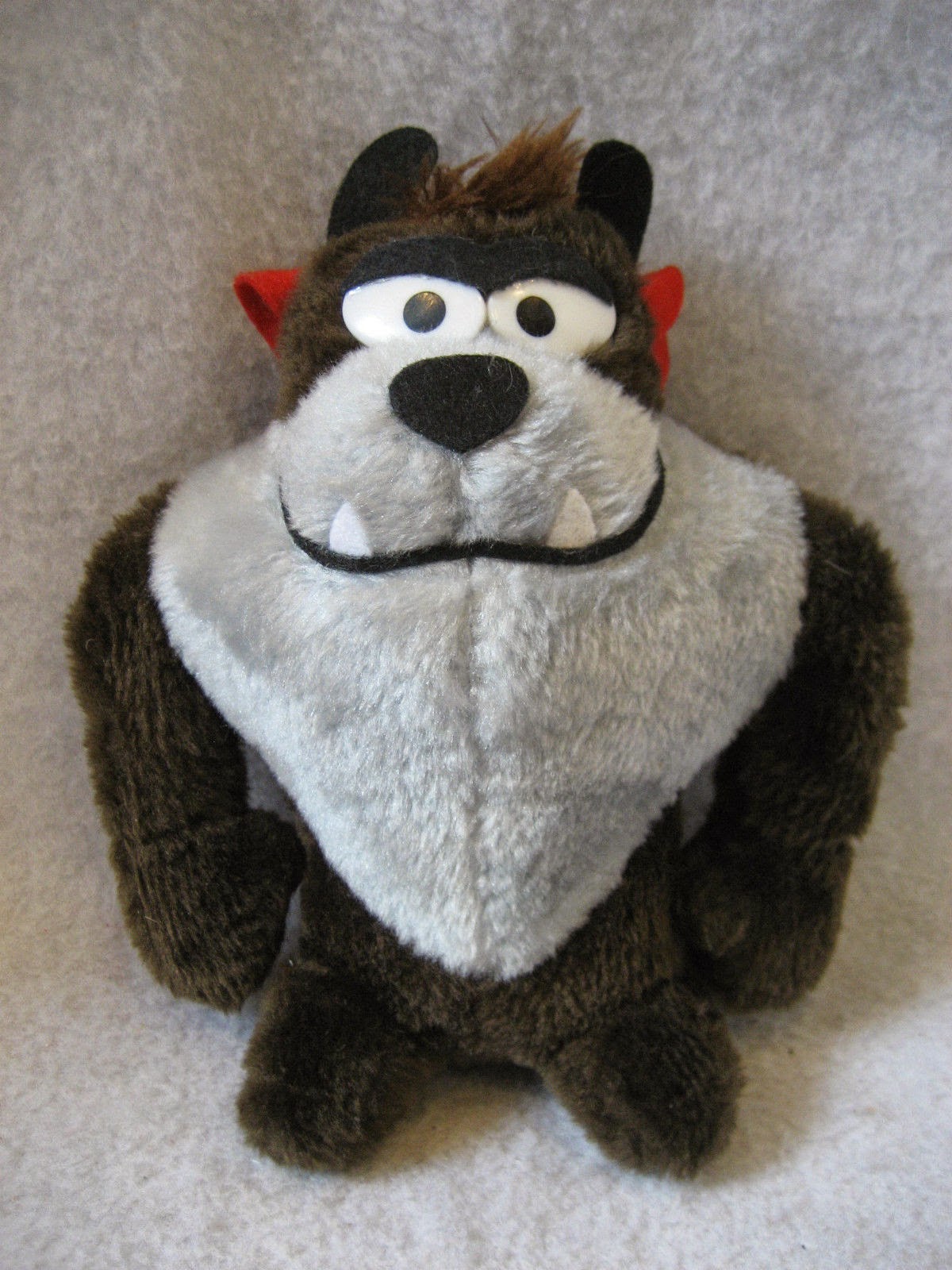 The Tasmanian Devil stuffed toy gradually got shorter and stockier. The 1979 Stephen King short story The Crate was apparently inspired by the Warner Brothers Tasmanian Devil.

By 1991, Taz got his own animated TV series, Taz-Mania.  The Tasmanian Devil was the star of the show, which was set in Australia.  Jim Cummings (the voice of Winnie the Pooh and Tigger for the past few decades) played Taz (and some other characters) on Taz-Mania. 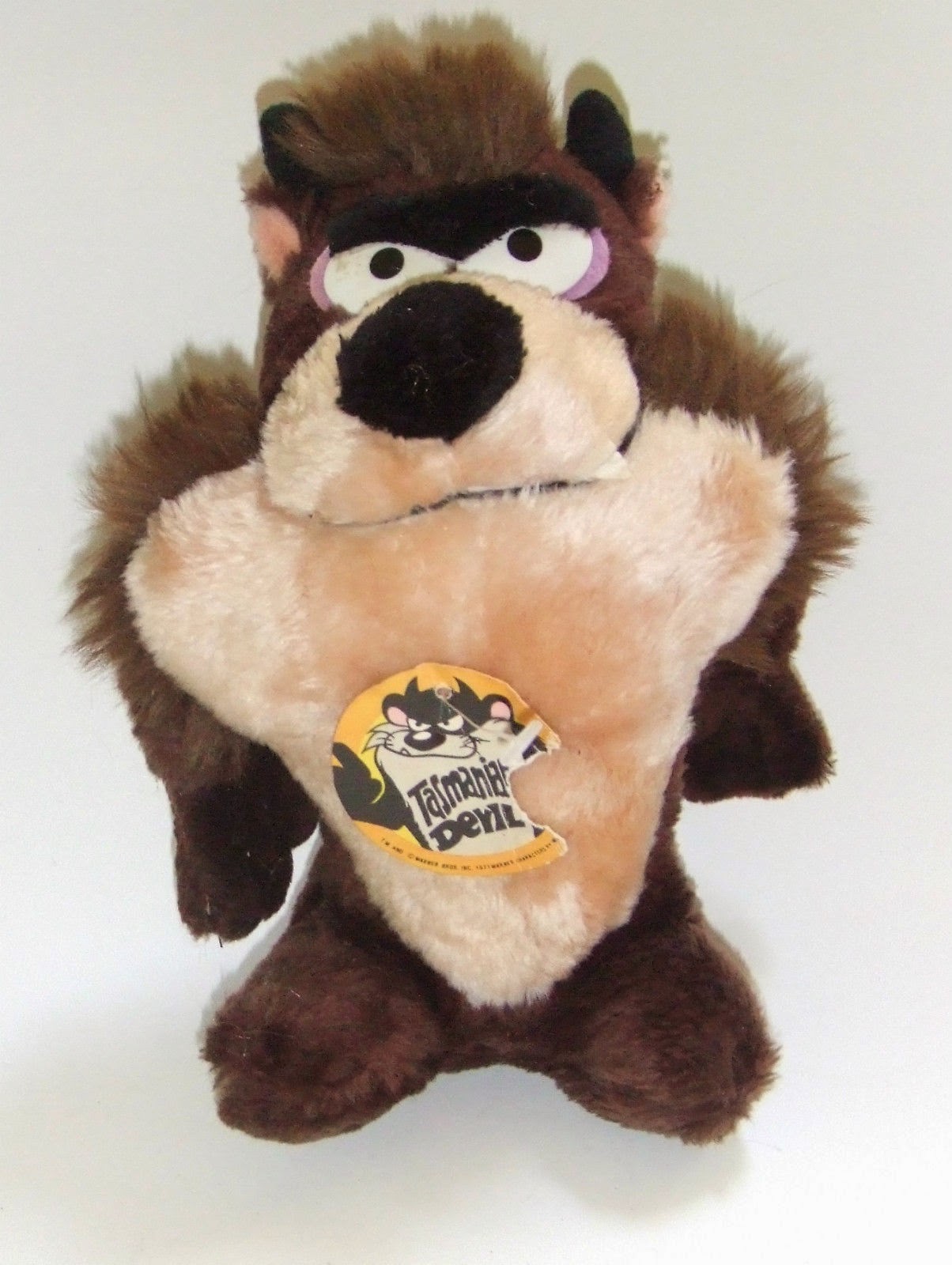 This is what Mighty Star's Tasmanian Devil plush toy looked like in stores at Six Flags parks in the 1990s.  This version could also be found in Warner Brothers Studios Stores in shopping malls around the world, until Warner Brothers started designing their own plush toys in the mid-Nineties.  Then the stores closed.  Poor Taz!

Very different looking versions of Taz plush toys can be found today, even in "Claw" Machine Games at the grocery store or Walmart.

For more fun, check out Taz the Biker: Tasmanian Devil or Angel?
Posted by Dan Alexander at 5:34 PM No comments: