Remember Woodstock: The Peanuts Bird Is The Word 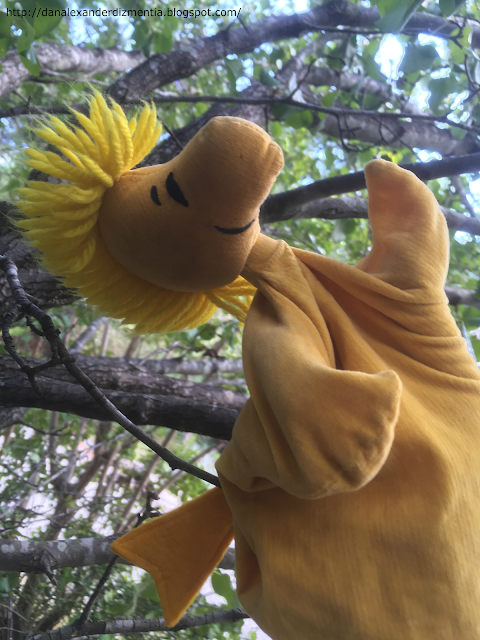 The Charles M. Schulz Peanuts comic strip debuted in 1950.  Snoopy's bird friend, Woodstock, was introduced in 1966 (though he was not named "Woodstock" until later---and yes, he was named after the famous music festival).  By the time Snoopy and Woodstock were a team, the focus of the Peanuts empire of merchandise shifted to the adventures of Snoopy and his little yellow friend.  Woodstock has always been a favorite of mine (I like his spiky hair, especially on this puppet that I've had since I was a kid).

Woodstock, like Snoopy, has been incredibly popular in plush toy form. (This particular vintage version, which is similar to my puppet, can stand up!). 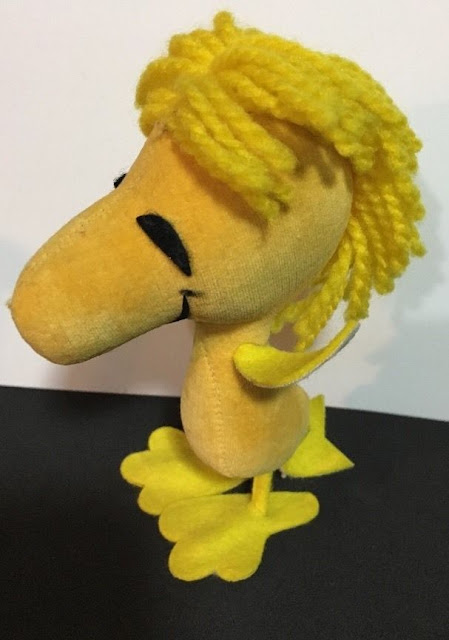 For many years, only the animal Peanuts stars were transformed into stuffed toys.

Aviva made lots of Woodstock (and Snoopy) toys in the 70s and 80s. 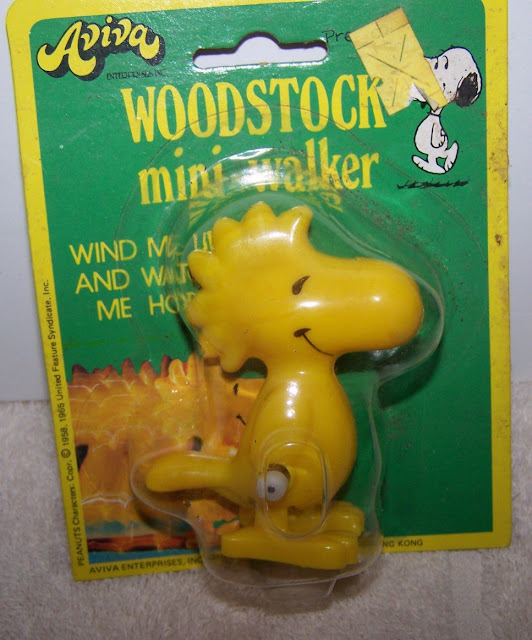 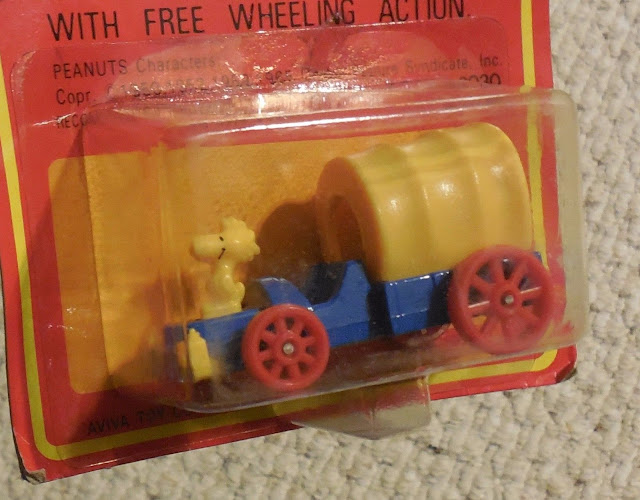 Snoopy cars outnumber any other character.  But Woodstock is next in line.

These days, the Peanuts gang can be found in Cedar Fair amusement parks across the United States.  "Planet Snoopy" and "Camp Snoopy" sections of the parks feature rides, most of which are themed to Snoopy or Woodstock. 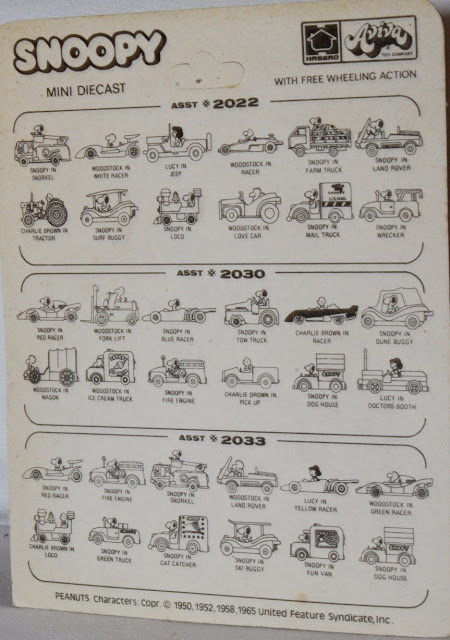 These cars are some of the rare toys from the time that feature Snoopy's human co-stars.

Merchandise gave the characters a life of their own. 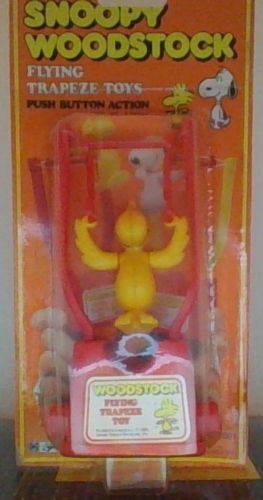 Flying Trapeze toys used to be all the rage. There is something hilarious to me about this Woodstock toy. 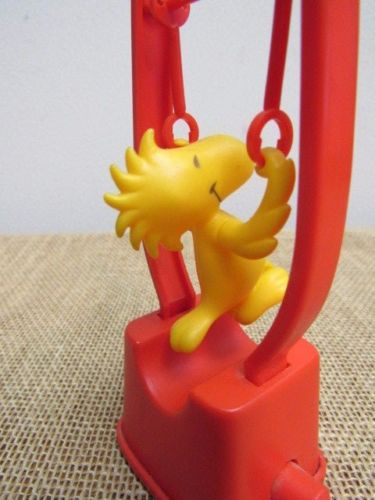 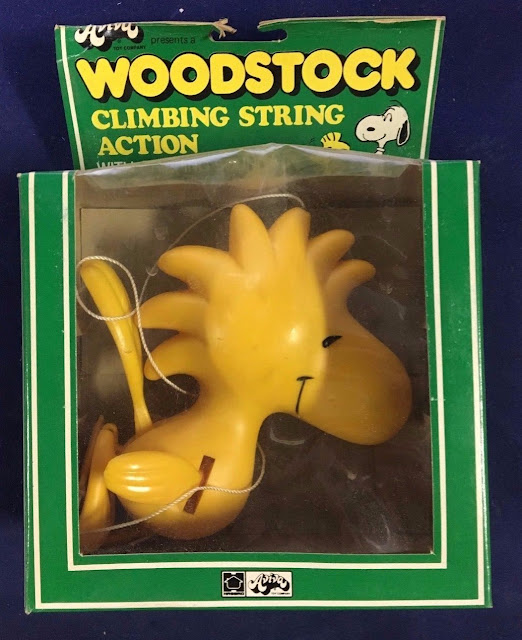 Woodstock toys that chirp and flap their wings was a thing for some time. 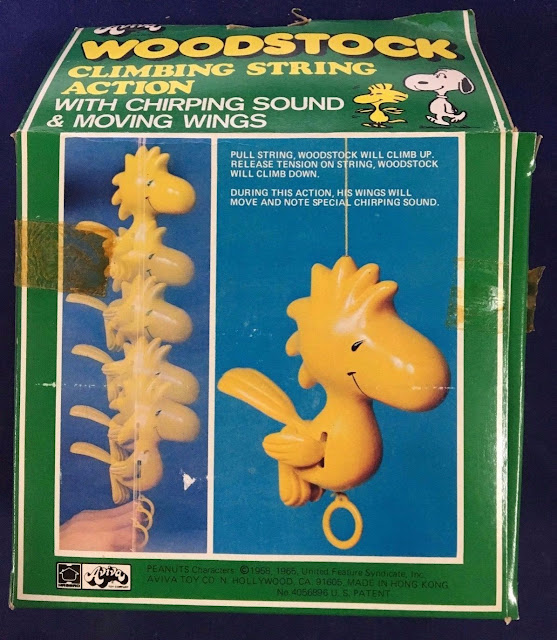 In addition to a hard plastic Flapping Woodstock, there was a feathered version. 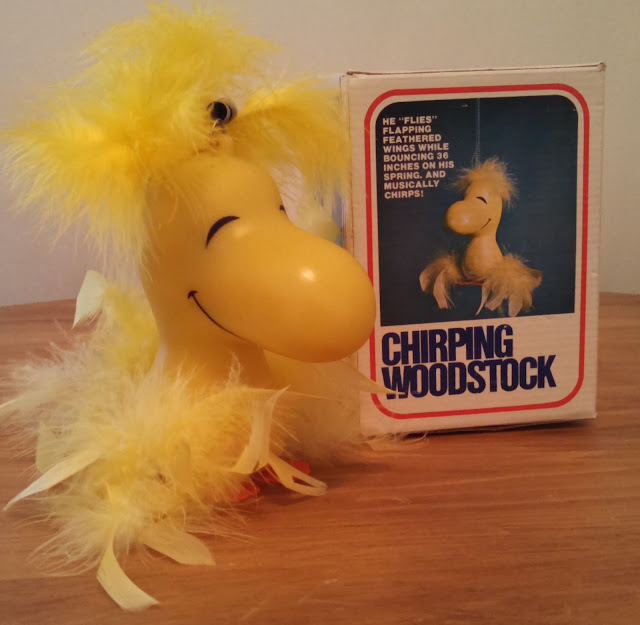 One of the most interesting characters in Peanuts Merchandising History is Belle.  Belle is the "girl Snoopy".  Belle is Snoopy's sister, but many people probably thought she was Snoopy's girlfriend.  Snoopy and Belle were kind of the Donny and Marie Osmond of Peanuts toys.  Belle was a very minor character, but toy companies latched on to her, turning Belle into a superstar of toys. 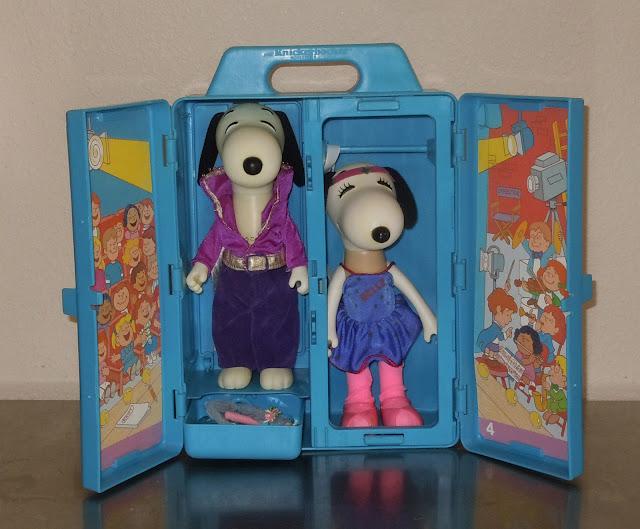 Snoopy and Belle took on Barbie and Ken, entering the world of fashion dolls in a 1980s toy line called "Snoopy & Belle".  The dogs were given new, clothing-friendly proportions and an extensive wardrobe.