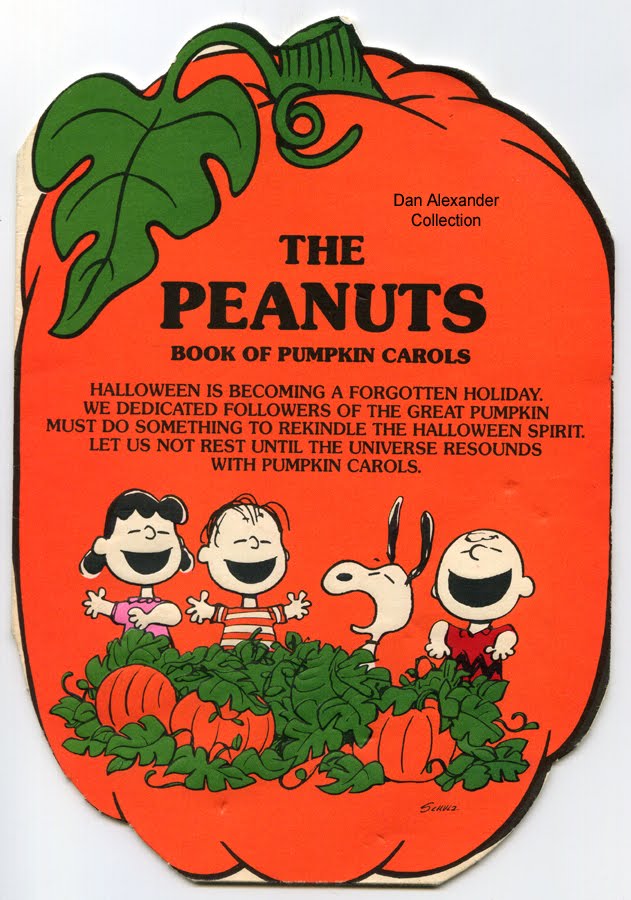 Charlie Brown, Snoopy and the rest of the Peanuts characters created by Charles Schulz have long been associated with Halloween. The animated TV special "It's the Great Pumpkin, Charlie Brown" has been a holiday tradition since it debuted in 1966. Snoopy and Halloween go together like chocolate and peanut butter. 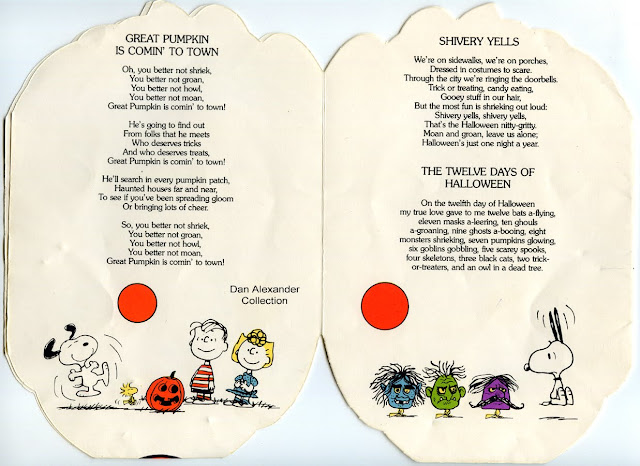 This book was actually a Hallmark card, and it was given to my older brother by my Grandma. This card is at least 30 years old (probably older). How did I end up with this? I'm not sure, but my brother knew how much I liked Charlie Brown and Snoopy, so maybe I just asked him if I could keep it.

Pumpkin Carols were not exclusive to the Peanuts characters. I remember singing "The Twelve Days of Halloween" in elementary school. The lyrics were a little different---I remember singing "and an owl in a dead oak tree" as well as "and a dead owl in an oak tree." Ghastly! 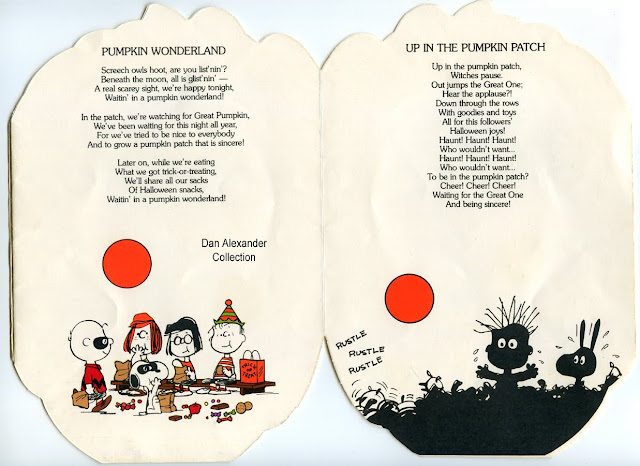 This card was re-released with different artwork (maybe it still is). I have another version, but it lacks the cool pumpkin die-cut treatment. 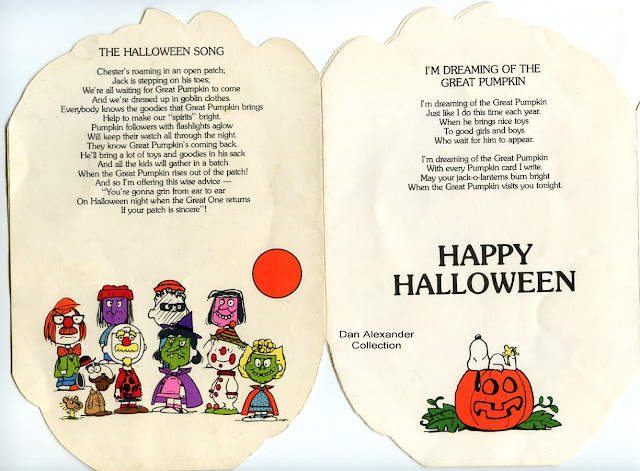 I love this drawing of the Peanuts gang in their costumes. 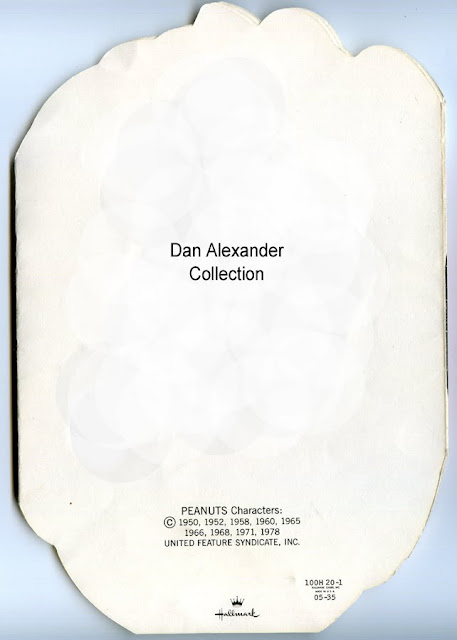 As folks start getting ready for Halloween, it won't be long before you may see an inflatable Snoopy in a Halloween costume on someone's front lawn.
Posted by Dan Alexander at 5:50 PM