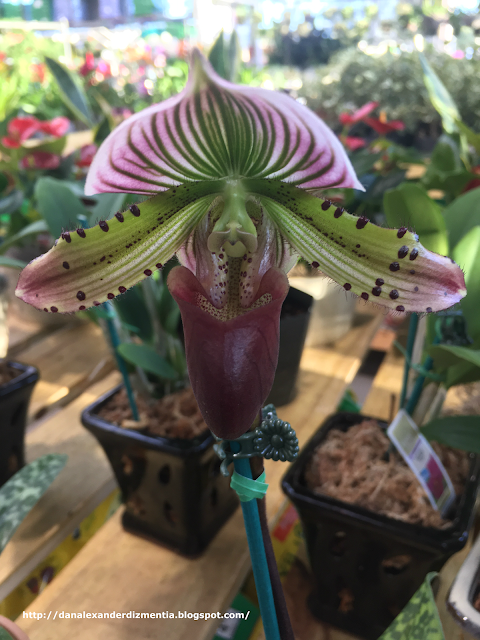 It's a Brazzle Dazzle Day.  While strolling through my local Lowe's Garden section, I stumbled across a familiar face.  It was Elliott, Pete's Dragon, from the 1977 Disney movie.  The ears, the pink hair, the color, the big jaw.  He has an actual mouth, nostrils, and eyes.  I was kind of shocked.  It looked like Elliott, in flower form.

As it turns out, the Pete's Dragon flower is a Paphiopedilum, which is also called a slipper orchid.  I'm guessing a lot of gardeners and botanists are not as interested in animation like me, so they failed to notice how much this orchid looks like a Seventies Disney dragon. 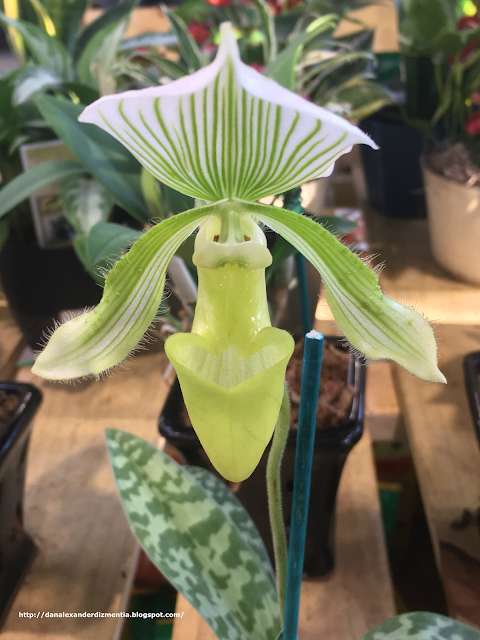 He has the head of a camel, the neck of a crocodile.  It sounds rather strange.  He's both a fish and a mammal, and I hope he'll never change.  (That's from a Pete's Dragon song, called "It's Not Easy", one of the great Helen Reddy tunes from the film).

While it may seem bizarre that there's a flower that looks like Elliott the dragon, it really isn't that outlandish.  Orchids that look like animals is something that is very much a thing.  Orchids have been known to look like monkeys, lions, ducks, egrets, and donkeys. 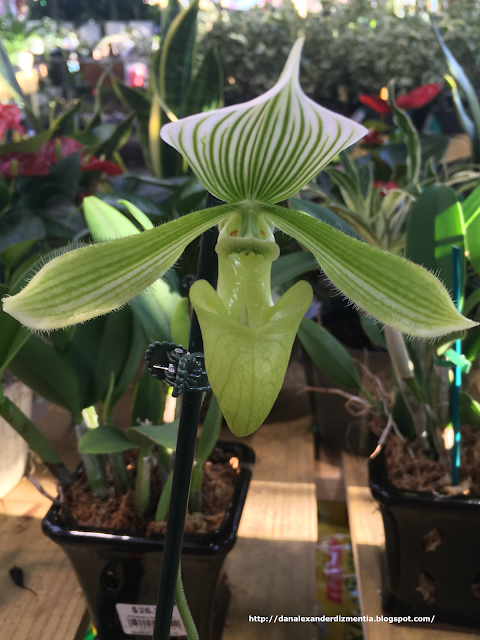 I ended up getting two Pete's Dragon orchids at Lowe's.  I couldn't resist.

Posted by Dan Alexander at 2:34 PM No comments: