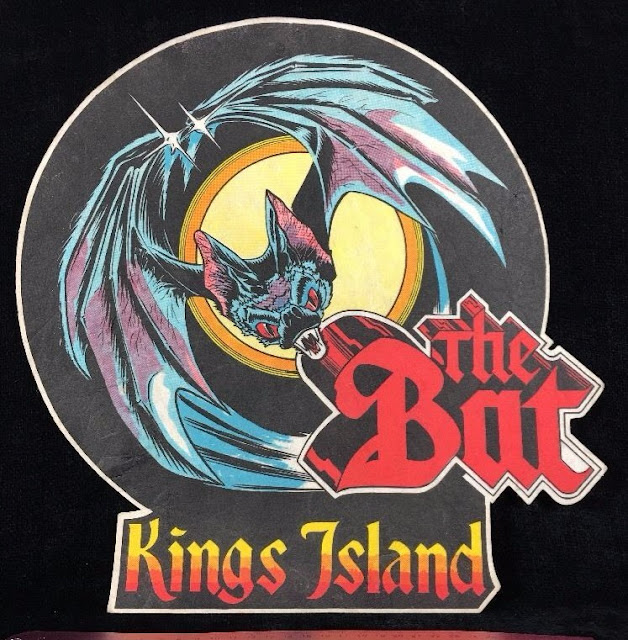 In the amusement industry, sometimes a brief operating lifespan doesn't mean the ride is over.  The Bat was an Arrow Development suspended steel roller coaster that operated at Kings Island in Cincinnati, Ohio from 1981 to 1983.

The Bat was among the first of its kind, and a very popular ride.  There was an animated commercial promoting The Bat, plus a line of souvenir merchandise.


Technical difficulties plagued the coaster, which led to an early closure.  Which also led to lots of rumors and urban legends, fueling The Bat's fame and keeping it in peoples' memories.  The Vortex roller coaster took over the site that had been home to The Bat (some elements of the old ride, like the load station, remain).

By 1993, Arrow had figured out how to build a suspended steel coaster, and teamed up with Kings Island to try it again.  By this time, Kings Island had a new owner (and the park was renamed Paramount's Kings Island--- really rolls off the tongue) and the new ride was themed to the film Top Gun.


When Paramount sold Kings Island to Cedar Fair, the Top Gun theme had to be removed.  So Top Gun became Flight Deck in 2008.  For 2014, Cedar Fair did something that honored the history of Kings Island: they renamed Flight Deck to The Bat. 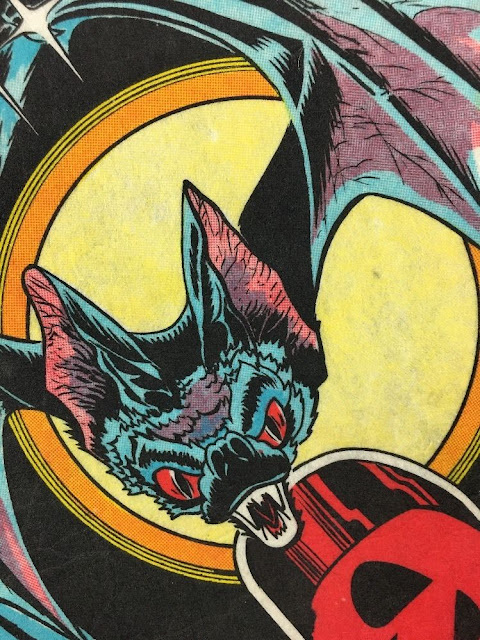 Cedar Fair totally redesigned the logo for The Bat, so this particular blood-sucker remains retired.
Posted by Dan Alexander at 1:30 PM 2 comments: