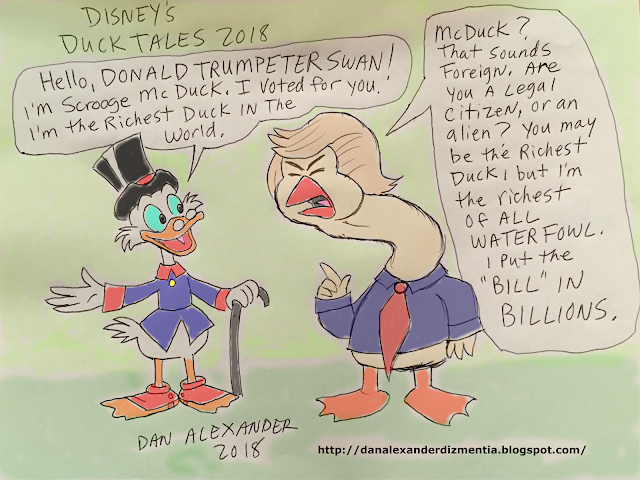 I have been enjoying the 2017 reboot of Disney's DuckTales.  The new series pays tribute to the 1987 animated version, as well as a variety of Disney comic books, and even video games.  The new show plays with some of the tropes associated with the world, and even expands on them.  This includes allowing far more species of birds to appear as characters (the 2017 show already featured a "Papa John's Pizza" parody, "Papa Swan's").

So I came up with Donald Trumpeter Swan to interact with Scrooge.  Of course Scrooge voted for him.  You'd be delusional to think otherwise.
Posted by Dan Alexander at 6:50 AM No comments: