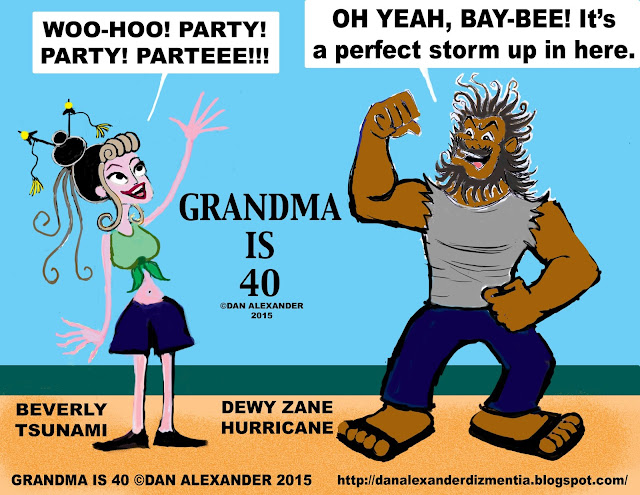 When you turn 40, you start thinking about things.  Like, when people your age start to have grandchildren.

I was thinking, this could be a fun premise for a comedy.  Maybe it could be called "Grandma Is 40" and star Drew Barrymore.  I was thinking, why couldn't I make something like this?

I starting sketching out characters, until I remembered two that I had already created for a superhero comic I am working on called Man-Atee and Woman-Taray (I have been slowly putting material from this comic on my recently created Twitter account, and will post it all online eventually).

The 40 Year old Grandma is Beverly Tsunami, heavily inspired by Gwen Stefani---there's an Asian inspiration there, and the hairstyle is vaguely reminiscent of a "grandma" hairdo.

Dewy Zane Hurricane is inspired by the larger-than-life personality of actor Terry Crews, mixed with a stranded-at-sea beach bum.

These characters were developed as "villains" for Man-Atee and Woman-Taray, but the casting director in me saw potential for them to headline Grandma Is 40.

Being 40 is really a state of mind, and these characters are meant to be fun and youthful.

Beverly Tsunami's grandchild is named Lil' Urchin.  This ruthless (yet adorable) little boy was created as a one-shot character for my Man-Atee and Woman-Taray superhero comic. 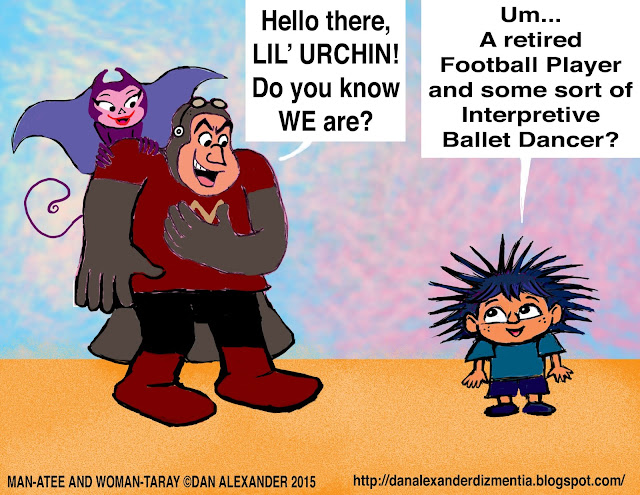 Lil' Urchin appears in the origin story of Man-Atee and Woman-Taray, as the characters are inventing their identity.

Anemone is Beverly Tsunami's daughter.  In my mind, she is voiced by Ariel Winter (from "Modern Family").  For the voice of her son, Lil' Urchin, I was thinking of Rachel Dratch (from Saturday Night Live---particularly the hilarious cockney accent she had in the "Christmas Urchins" sketch she did with Jennifer Anniston). 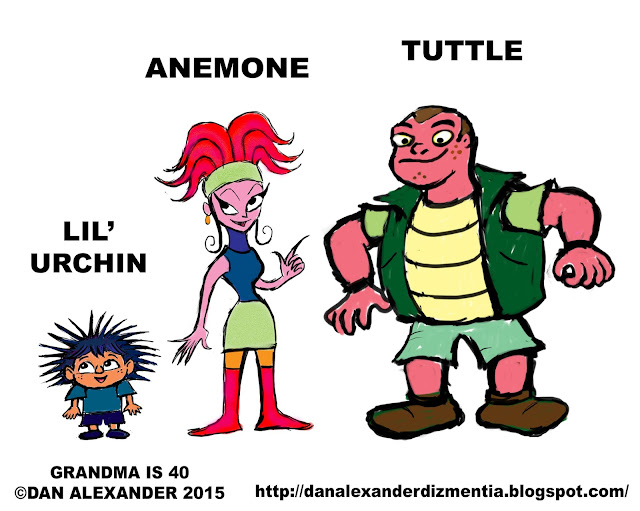 Anemone's husband is Tuttle.  I think comedian/talk show host James Corden could play this character.  What is crazy is that after drawing this character, I met someone (from Australia) who looks very much like him.

Beverly Tsunami and Dewy Zane Hurricane are professional wrestlers.  They encounter some wild and colorful characters. 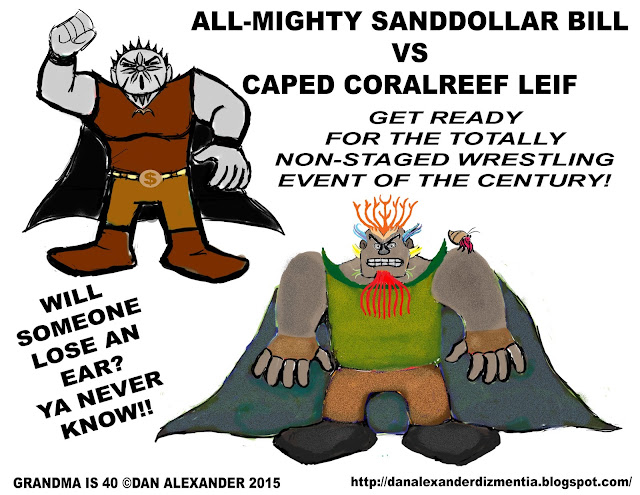 All-Mighty Sanddollar Bill and Caped Coralreef Leif were also initially created for Man-Atee and Woman-Taray.  I'm kind of proud of turning a sand dollar and a coral reef into wrestler characters. 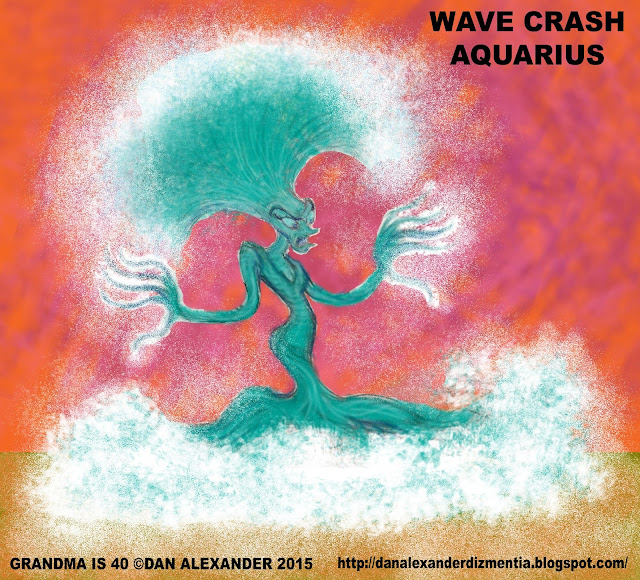 Even though Wave Crash Aquarius is equipped with her own watery mist, she fights dirty!

I would love for Drew Barrymore and all the other actors I've chosen to voice the characters.  So maybe they will read this and join forces with me.

It would be cool if Gwen Stefani and No Doubt provided songs for my Grandma Is 40 movie, too.