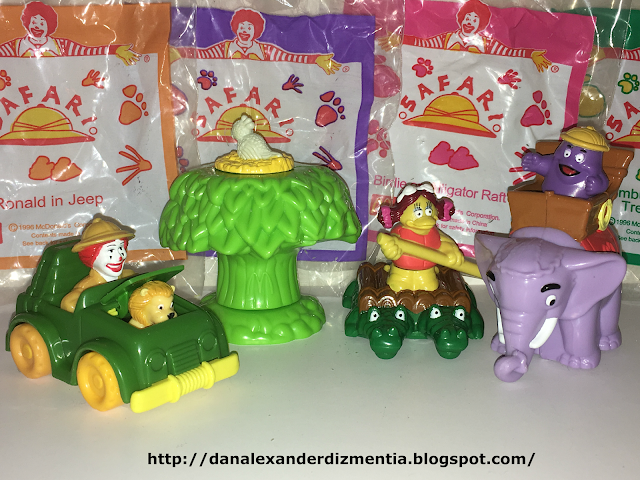 In 1996, McDonald's restaurants outside of the United States released a Safari Happy Meal featuring Ronald McDonald and Friends.  This set is interesting because it (coincidentally?) captures the essence of Disney's Animal Kingdom theme park at Walt Disney World in Florida (which opened in 1998).

The Safari Happy Meal features a Tree, something that the actual Disney's Animal Kingdom Happy Meal did not even have.  It seems like McDonald's could have easily swapped the Ronald McDonald characters with Mickey Mouse and Friends. 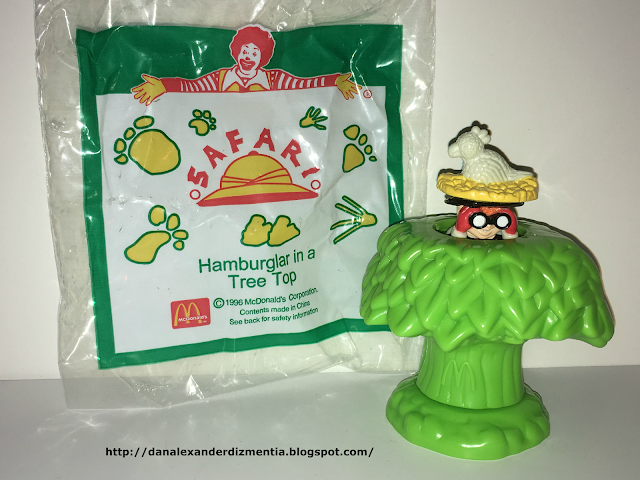 The Hamburglar searches the Tree of Life, I mean the Tree Top, for a burger and fries.  This would have been a good toy for Goofy bird watching Zazu from The Lion King.

Ronald McDonald leads a tour on a Jeep.  It is easy to imagine this as a Mickey Mouse toy on the Kilimanjaro Safari ride. 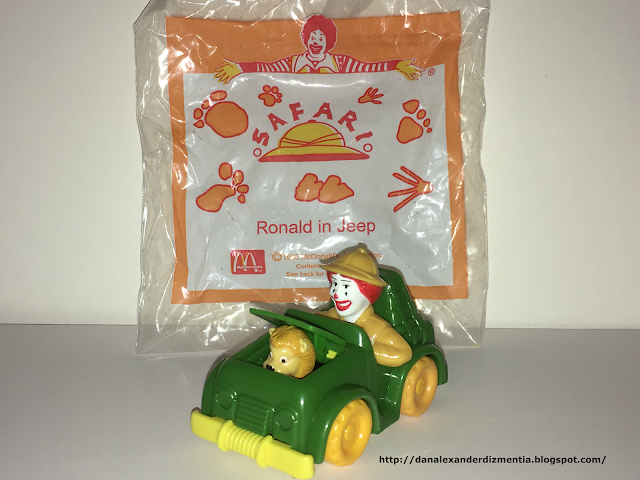 Ronald is driving with a lion popping in and out of the vehicle.  Simba from the Lion King could have been cast in this role.

Birdie the Early Bird pilots an Alligator Raft.  This toy could have corresponded with the Discovery River Boats from the early days of Disney's Animal Kingdom. 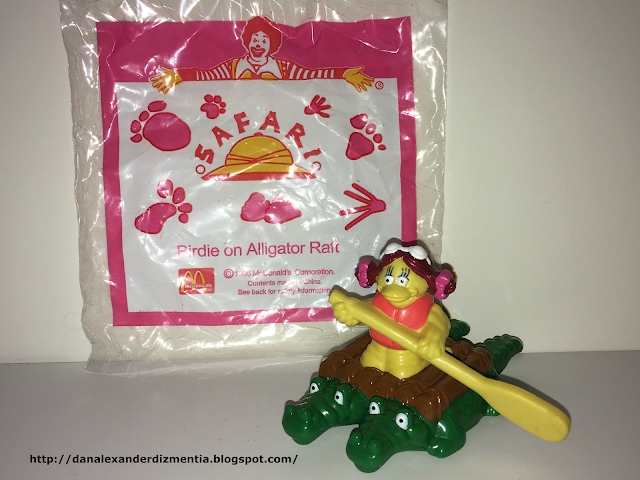 This toy would have been a good vehicle for Minnie Mouse and the Crocodiles from The Rescuers.

Grimace hitches a ride on a Safari Elephant.  All the vehicle toys in this set have motion features.  Grimace moves his body and the Elephant moves its head. 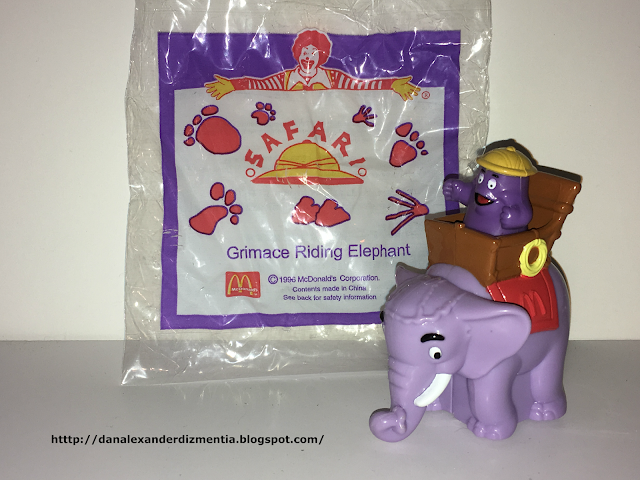 This could have been a good toy for Donald Duck and Delores the Elephant (a character from old Disney shorts like 1953's Working For Peanuts).

When Disney's Animal Kingdom opened in 1998, the American McDonald's Happy Meal promoting the park featured realistic looking animal action figures, and no Disney characters.  Outside of the United States, McDonald's did a promotion featuring Disney characters with an animal related prop and a cardboard background.