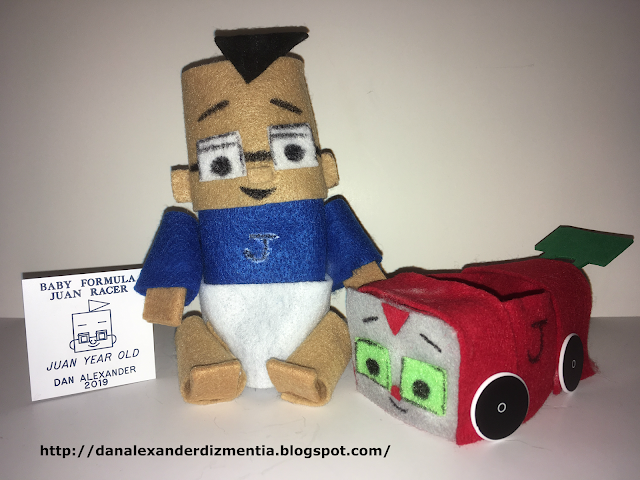 One of the most joyful projects I've worked on is a baby version of my character, Formula Juan Racer.  I created the Baby Formula Juan Racer characters using sheets of felt, brads, glue, and markers.  The character is based on my real friend, Juan.  I have never seen baby pictures of Juan, so this is just my imagination at work.  Juan's little race car was a fun accessory to make.

Cry-Baby Formula: The Wild Juan came to life because I really wanted to do a cute little plush motorcycle character.  A lot of inspiration for the motorcycle came from an old Hanna Barbera show called Wheelie and the Chopper Bunch. 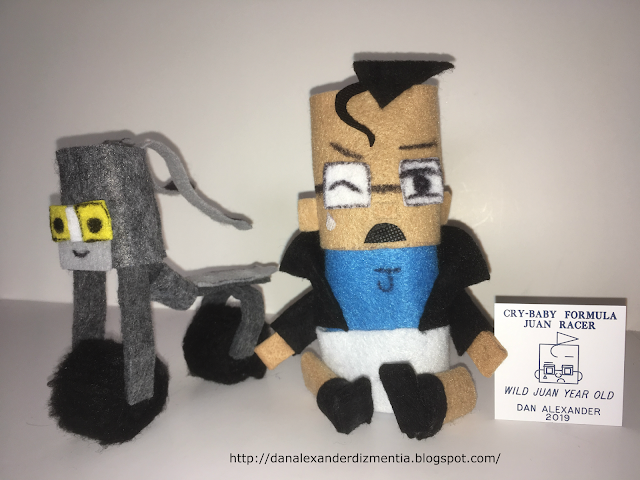 Of course, Cry-Baby Formula Juan's hair and costume was inspired by the 1990 Johnny Depp movie, Cry-Baby.

Baby Air Force Juan was inspired by old sepia tone pictures of pilots and airplanes.  I really wanted the colors of the characters to reflect an old-time feel. 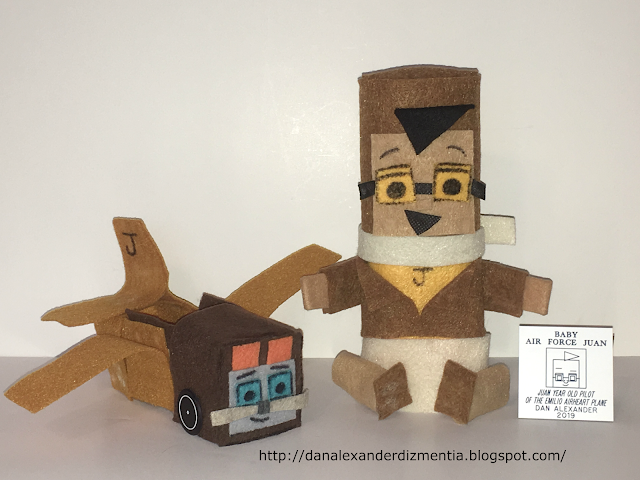 For Valentines, I came up with a Cupid Baby Formula Juan. 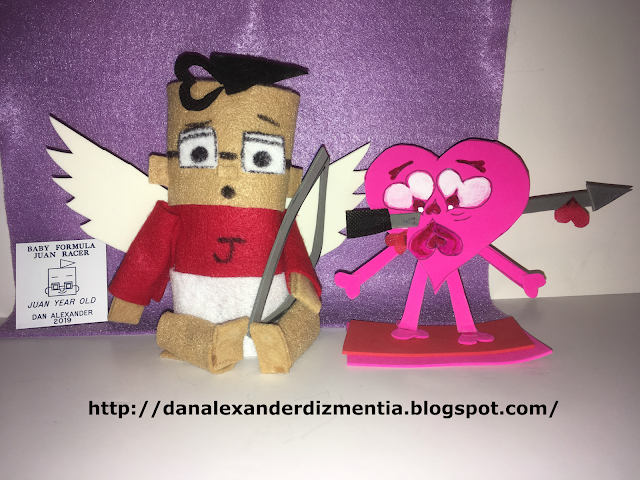 Cupid Baby Formula Juan is a little too good at his job.  Such a heart-breaker. 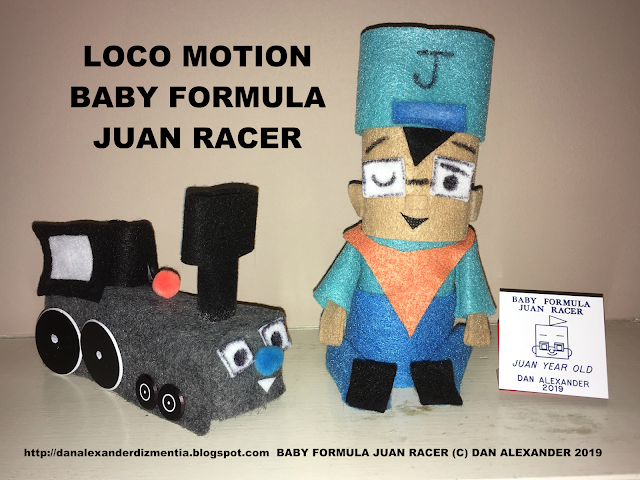 Coaltrain the Train thinks Baby Formula Juan Racer can do anything he thinks he can. 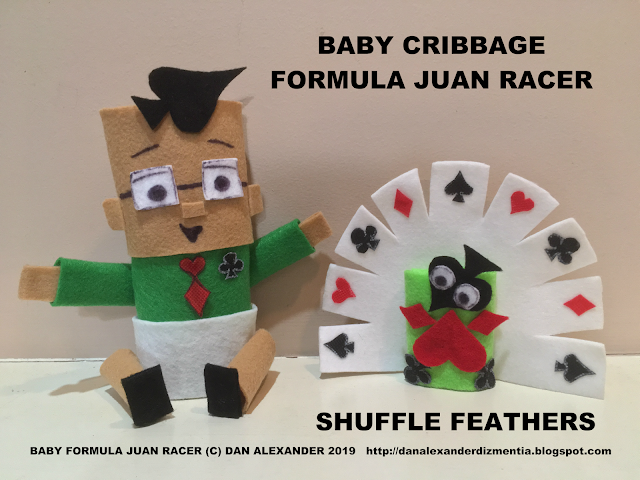 One of the most fun versions of the character is 2000 Juan: A Space Baby.  This character, who enjoys exploring the Milky Way, has his own logo, spaceship-inspired hairdo, and sidekick (Crockett the Rocket).  This was the real Juan's favorite version of his character. 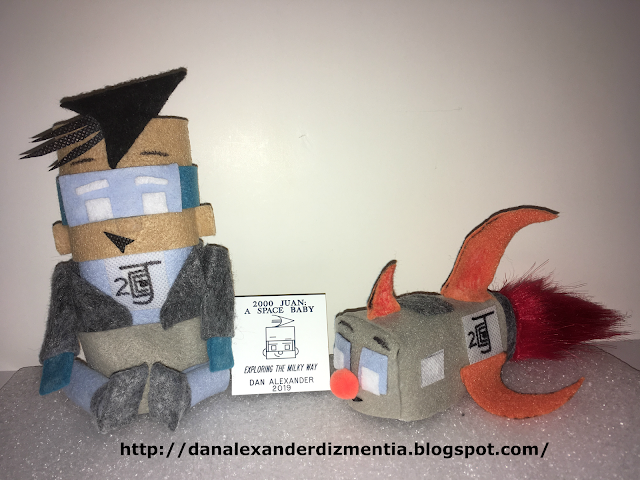 I'm especially happy with the solution I came up with for Crockett the Rocket's exhaust flames (red fake fur). 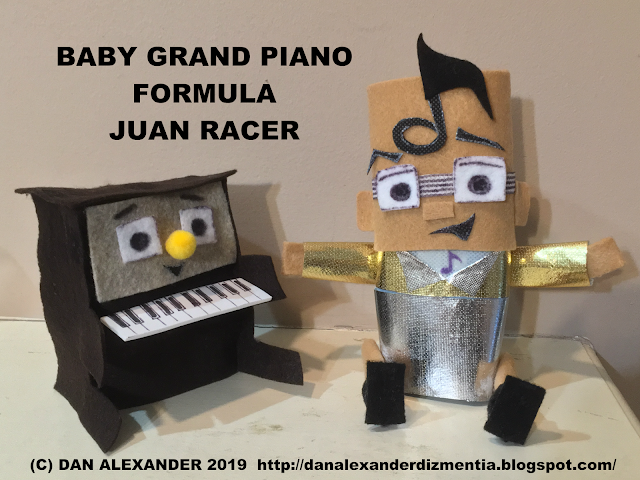 This flashy baby is especially proud of his music note hair, which doubles as the letter "J". 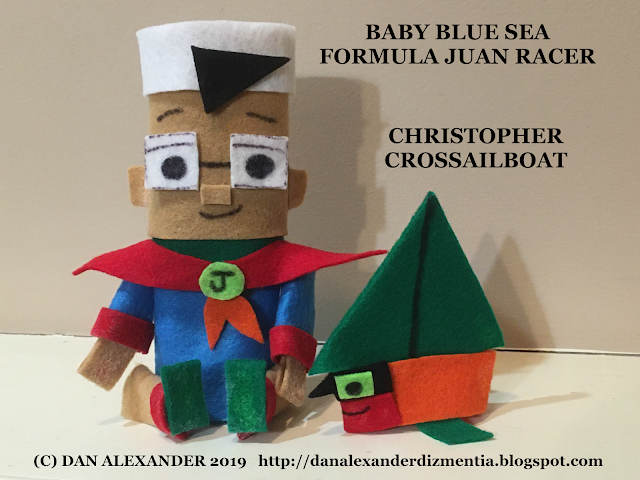 Baby Formula Juan Racer Bottle Sky Rocket is a slick infant superhero.  He's so cool, he has two logos: one on his costume, and one in his hair.  A lot of his look is based on the Mexican Flag, with the color scheme, eagle, snake, and cactus. 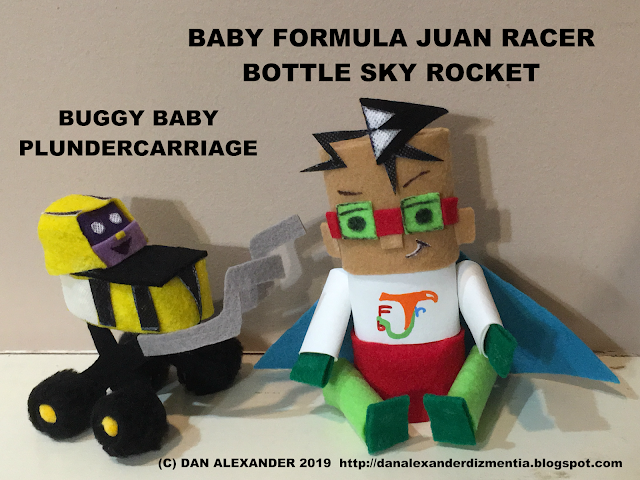 One day I hope to see Baby Formula Juan Racer on the big screen in a movie and on toy store shelves.
Posted by Dan Alexander at 2:35 PM No comments:

Sea is for Cookie: Sesame Street in Orlando, Florida 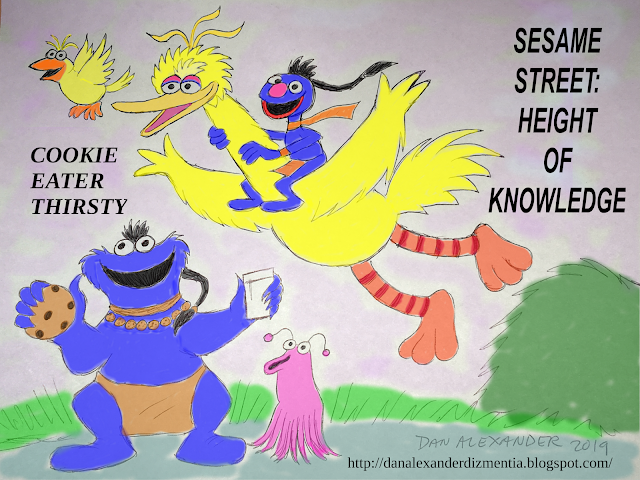 In honor of the new Sesame Street opening at SeaWorld in Orlando, Florida, I decided to do a drawing in the spirit of Sesame Street parodies.  This one is based on Walt Disney World's Pandora: The World of Avatar attractions, AVATAR: Flight of Passage and Na'vi River Journey.  Grover and Big Bird and Little Bird star in Sesame Street: Height of Knowledge.  Cookie Monster and the Yip Yip Martians take visitors on a journey down a river of cookies and milk on Cookie Eater Thirsty. 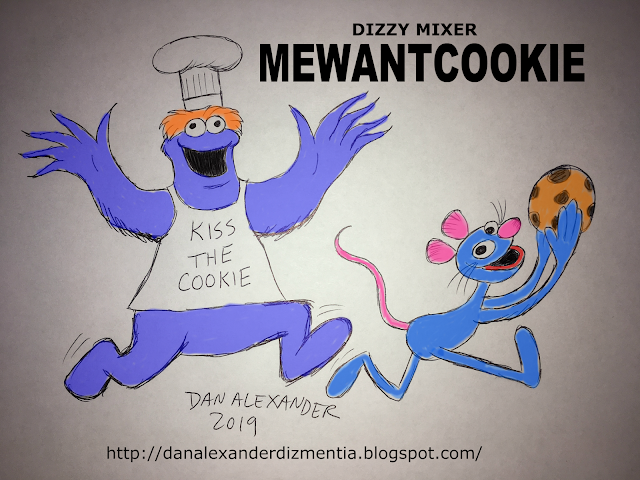 It's pretty clear to me that Remy from Ratatouille takes some inspiration from Sesame Street's Grover.  The colors are very similar, as is the mouth.

Oscar the Grouch and Snuffy take on Universal Studios Grinchmas. 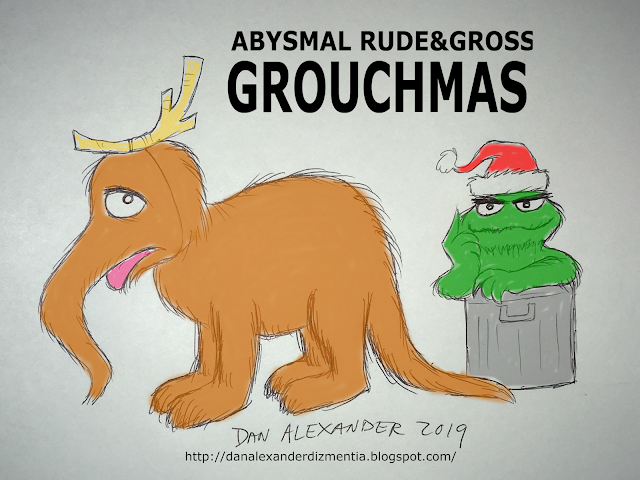 Oscar makes the perfect Grinch, and Snuffy is well cast as Max the dog.

Bert and Ernie take on E.T. with Er.Nie. 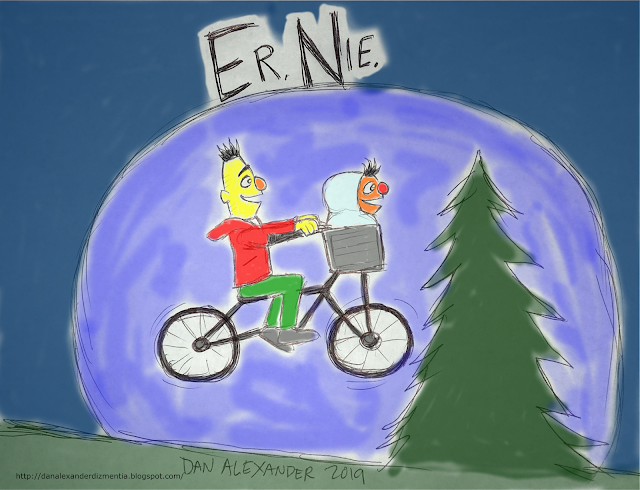 The opening of the new Sesame Street at SeaWorld has many on social media questioning its very existence, or shocked at the partnership.  But SeaWorld and Sesame go way back, starting with the opening of the very first Sesame Place park in Pennsylvania in 1980.  Sesame Place was operated by Busch Entertainment, the same company that operated Busch Gardens parks in Florida and Virginia.  Later, Busch bought SeaWorld parks.  Sesame Place has been featured on SeaWorld/Busch Gardens materials for many years.  Sesame Street characters eventually found their way into Busch Gardens and SeaWorld parks across America.  Orlando was the last to get a dedicated area for the characters.  The addition is quite possibly the smartest attraction ever created for SeaWorld.  I get the feeling that Shamu Stadium in Florida is ground zero for an eventual Sesame expansion.
Posted by Dan Alexander at 6:45 PM 4 comments: