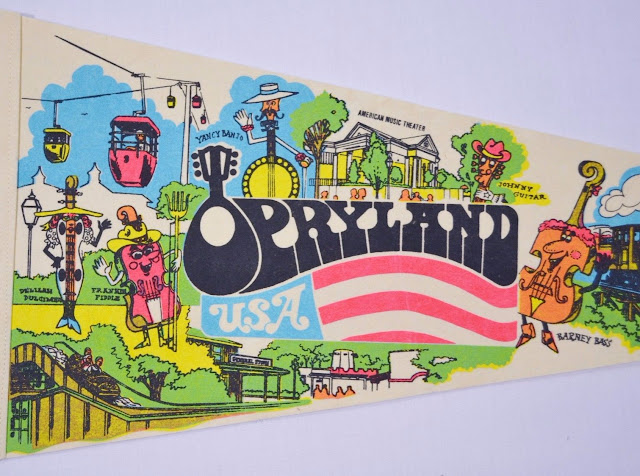 Once upon a time in Nashville, Tennessee there was an amusement park called Opryland USA.  The musical themed attraction featured shows, rides, and in the early years, cartoon instrument mascots. 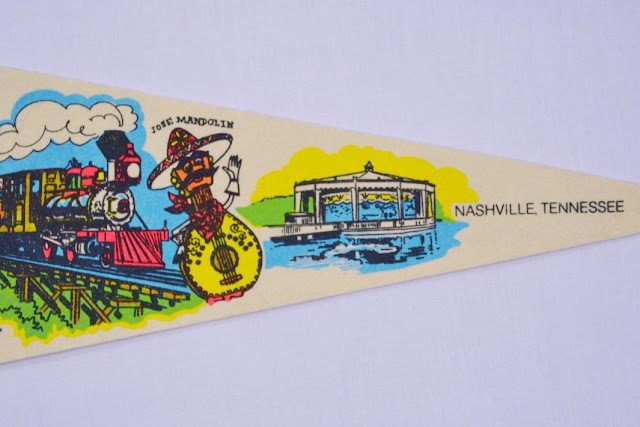 These characters were long gone by the time I made my first visit to Opryland in 1985.  I think they are very charming.  And really bizarre.  In a good way.

Opryland opened in 1972.  The park went through many changes over the years. 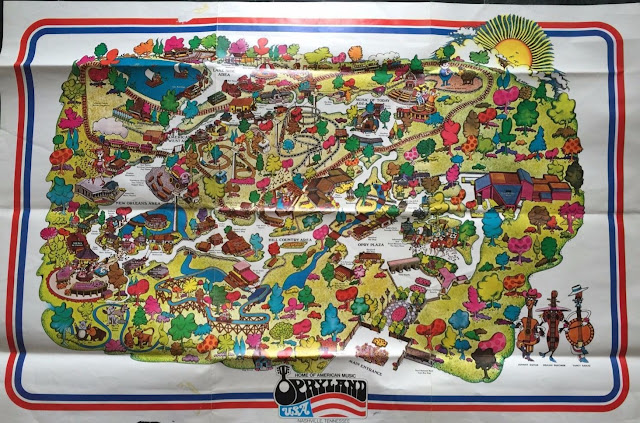 For this Opryland map, only three of the instrument characters were used, which is interesting. 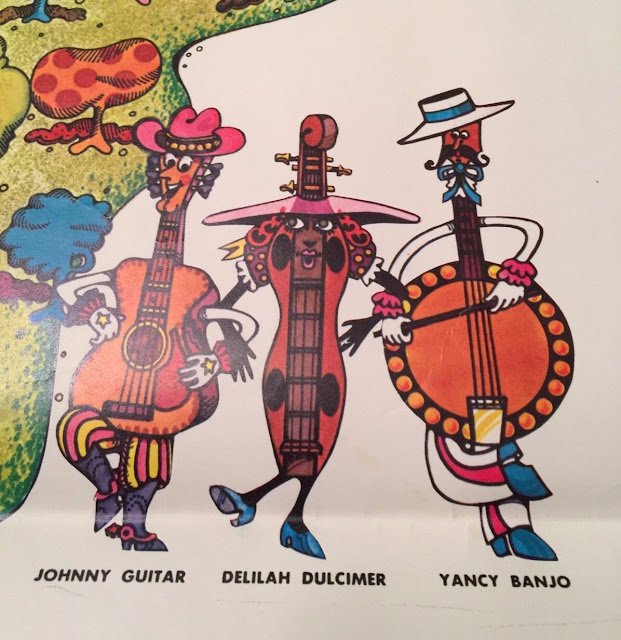 Opryland's mascots looked sort of like a mash-up of the characters from a McDonald's Playland and the world of Sid and Marty Krofft TV shows like H.R. Pufnstuf and Lidsville. 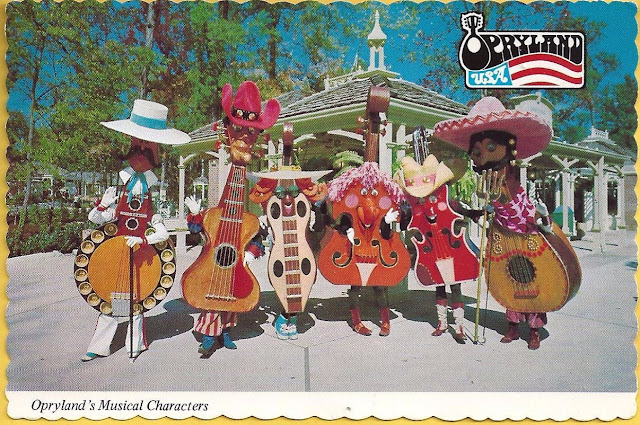 I imagine plenty of children were terrified of these characters. 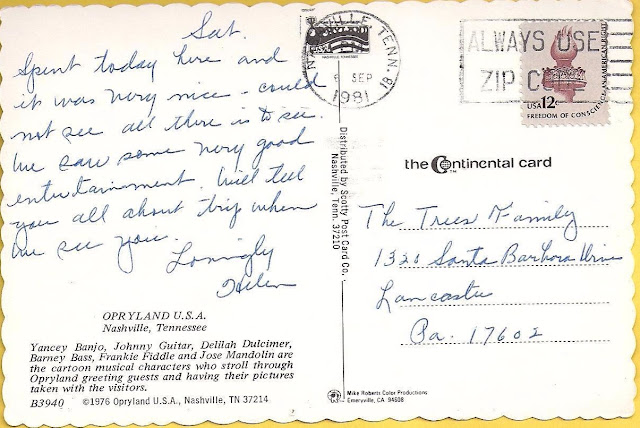 The instruments appeared on some groovy early Opryland merchandise. 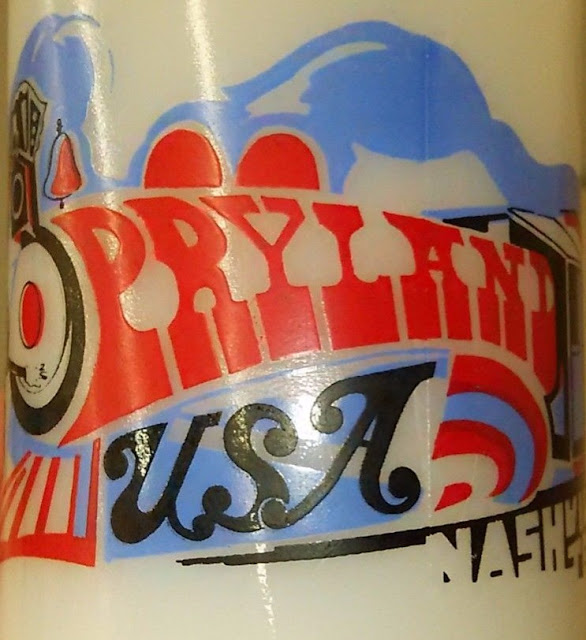 It looks like the Soul Train made a stop in Opryland. 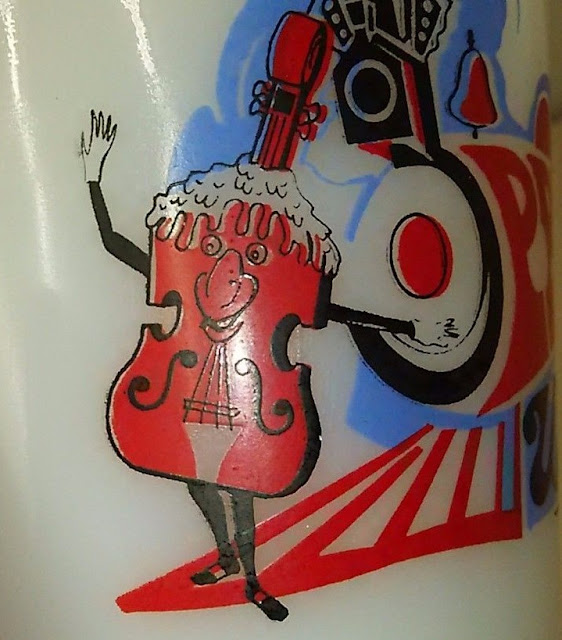 Barney Bass looks rather grotesque here.  There.  I said it.

Yancey Banjo is really cool and suave.  It's the mustache. 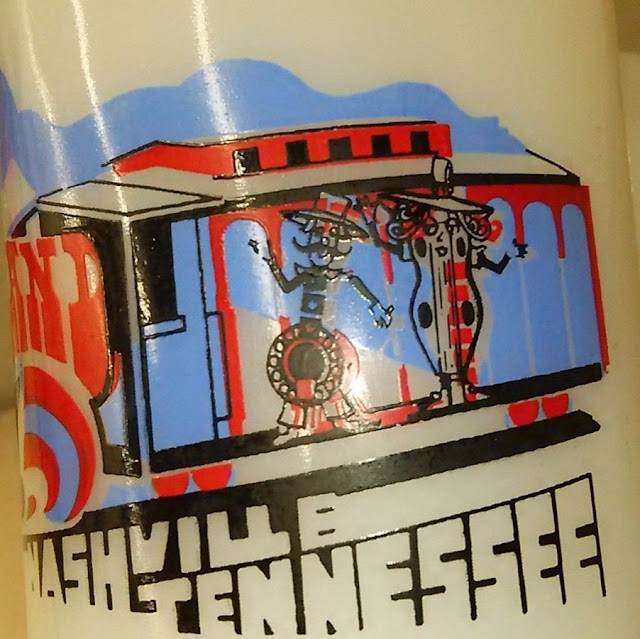 Delilah Dulcimer seems like a Mae West kind of character.

Frankie and Barney really are giving off a Spongebob Squarepants vibe here. 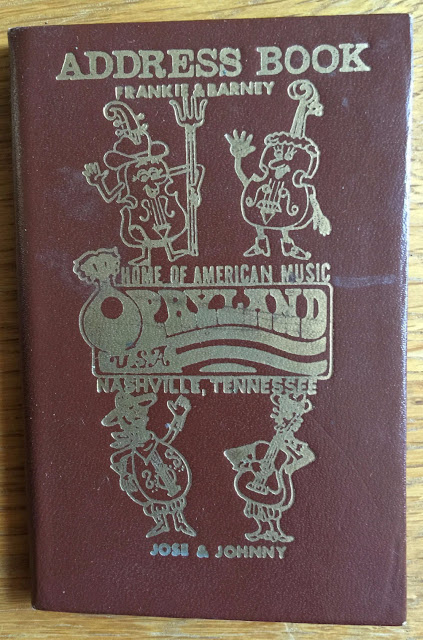 Sadly, Opryland closed in 1997.  The amusement park is gone, but the Opryland Hotel continues to operate very successfully.

Did the spurned Opryland instruments orchestrate the closure of the park?  Did they regret playing second fiddle to the Trix Rabbit?  Were they fired because they played themselves in public all the time?  We'll never know, because they are out of tune and have been silenced forever.
Posted by Dan Alexander at 8:21 PM 4 comments: