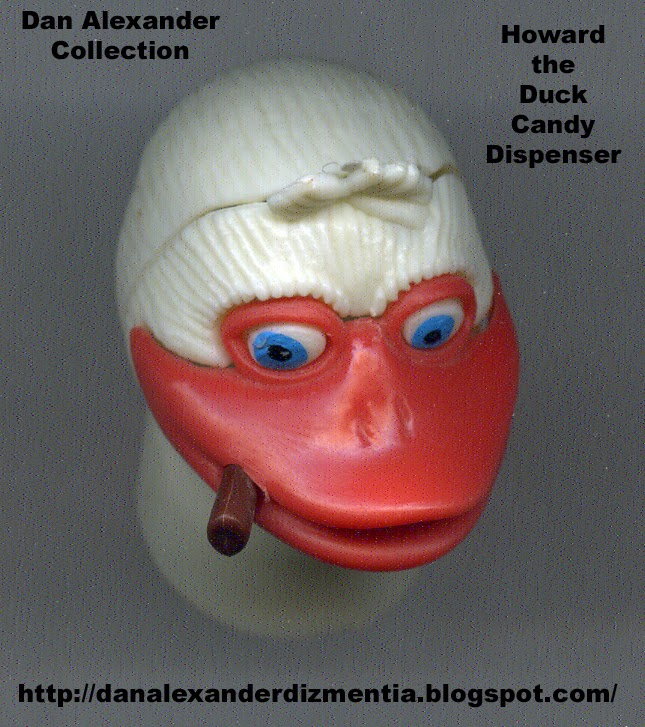 Think of the worst movie that you've ever seen.  The 1986 film Howard the Duck is probably worse than whatever you just thought of.

Yet, as a kid, I was drawn to this bizarre live action movie about an alien duck (from a duck world---think of a darker, more adult version of Duckburg from Disney's Duck Tales) visiting Earth (specifically Cleveland, Ohio).  I just had to have the Howard the Duck Candy Dispenser that I saw at the Circle K store during a summer vacation in Florida. 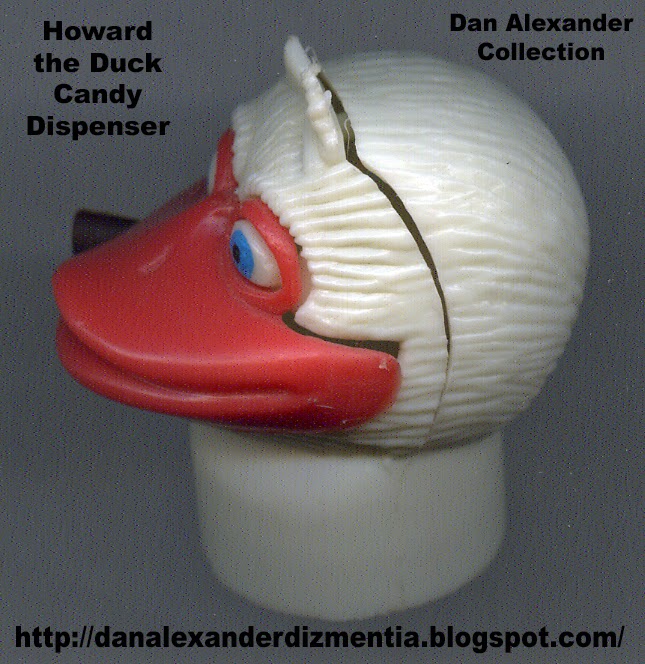 This is probably the only toy made for this movie, which bombed big time during its brief run in theaters.

In addition to a person with a puppet head playing Howard, the film starred Lea Thompson and Tim Robbins.  They were young, and needed the work. 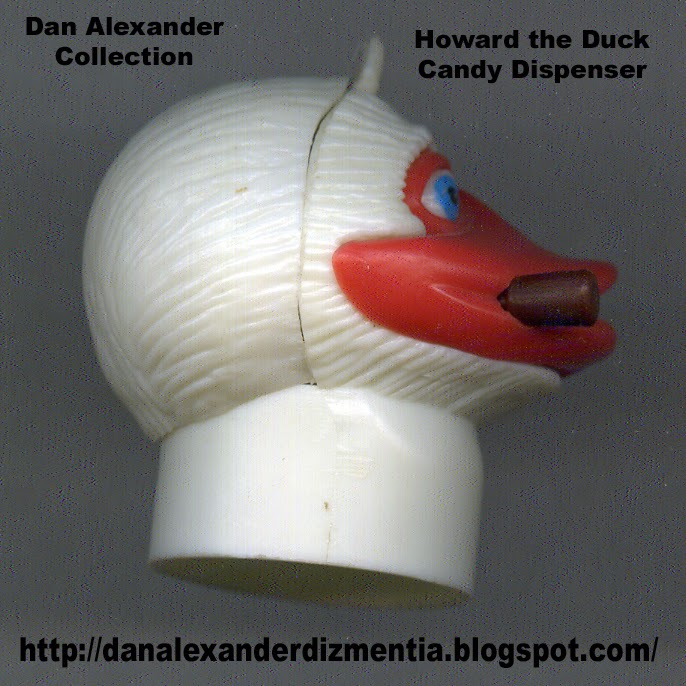 I cannot believe that I watched this movie on TV with my grandmother in the same room.  Howard is one dirty duck.

Howard the Duck (based on a comic book of the same name) was a Universal Pictures movie and the love child of Marvel and Lucasfilm. Now that Disney owns Lucasfilm and Marvel, I guess we could see a new version of Howard starring Donald Duck and Scrooge McDuck.  But I doubt that will happen.  Or maybe it will...