What Does Disney's Todd The Fox Say? 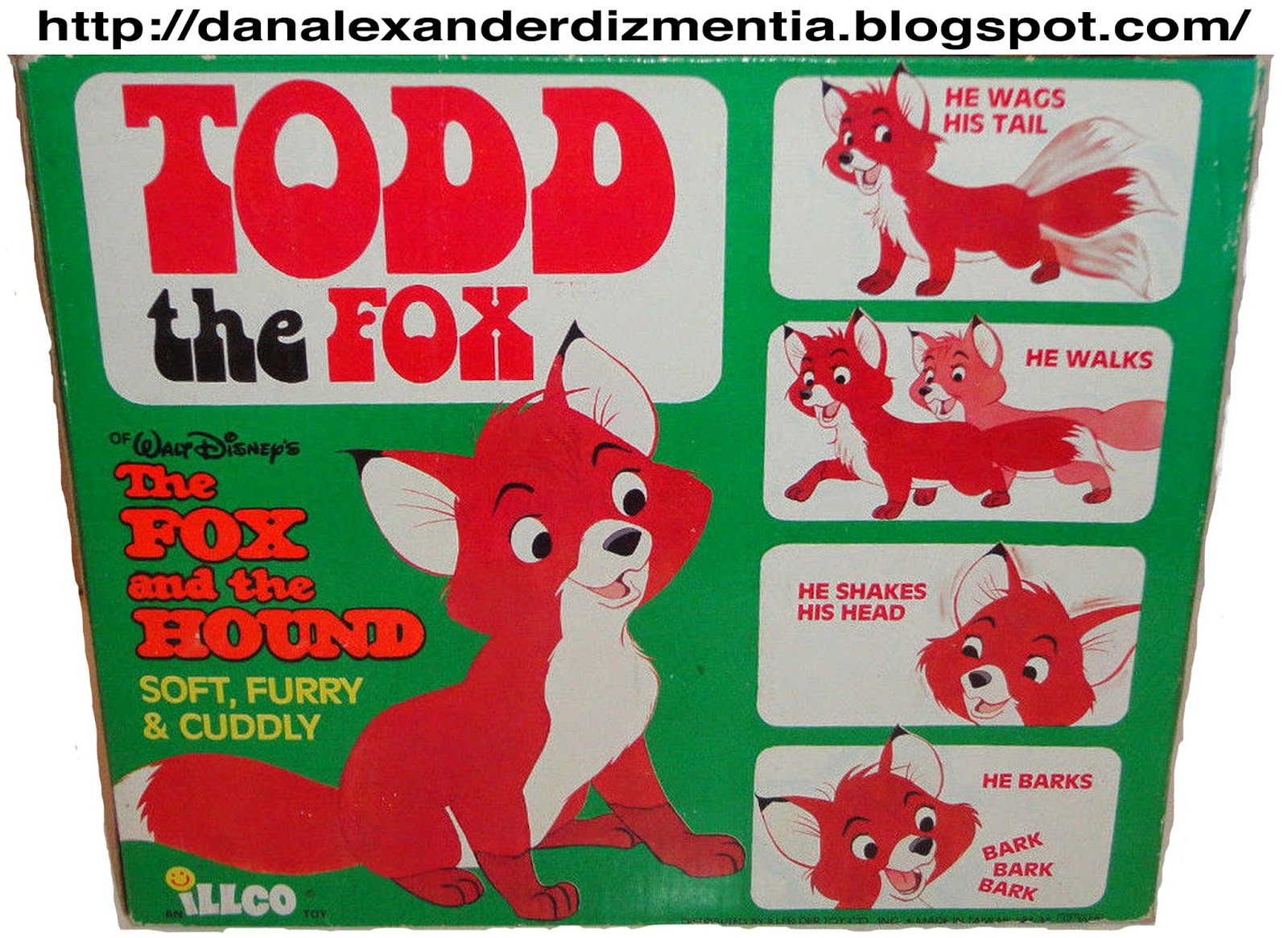 In the 1981 Disney film The Fox and the Hound, Todd the Fox is voiced by Keith Coogan (Adventures in Babysitting, Don't Tell Mom The Babysitter's Dead) as a child and the legendary Mickey Rooney as an adult.  As a kid, I was a big fan of The Fox and the Hound.  A long time ago, in the deserts of Arizona on a family vacation, I discovered a shocking and baffling thing at a shopping mall toy store.  A battery-operated barking Todd.

Before I get much further, the fox in Disney's movie is called "Tod", but this toy is "Todd" with two d's.  Apparently this is a pretty common mistake, and I believe the character is called "Todd" in the original book by Daniel P. Maddix. 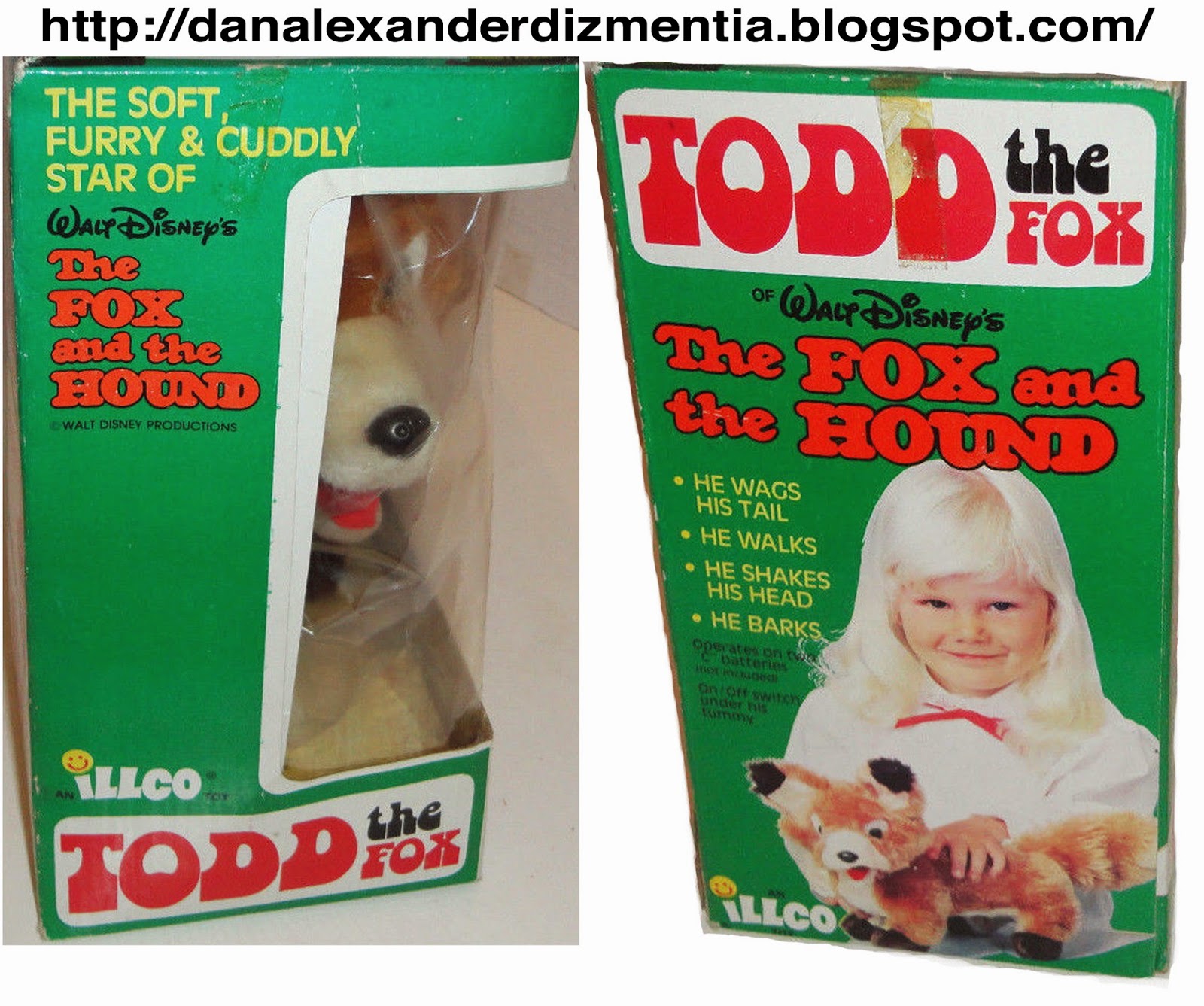 When I saw this at the toy store, I was puzzled.  A barking Fox?  To be fair, Tod does sort of "bark" in the milking scene in The Fox and the Hound.

As much as I wanted this toy, I never got it.  I also never saw it anywhere else. 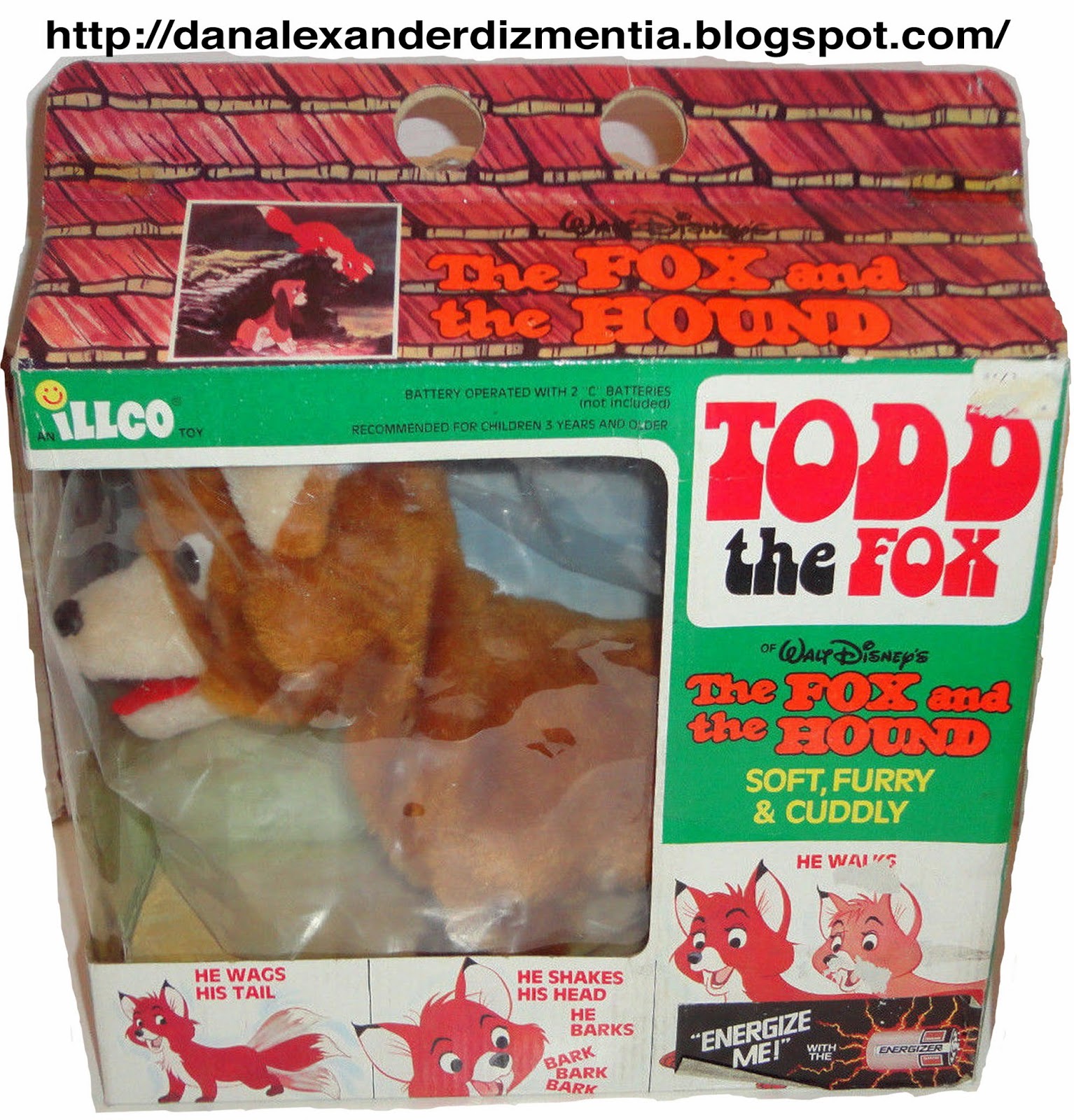 Barking Todd is made by a company called iLLCO, which sounds like a parody toy company.

It would seem like Copper the Hound would have been a better fit for this particular toy technology. 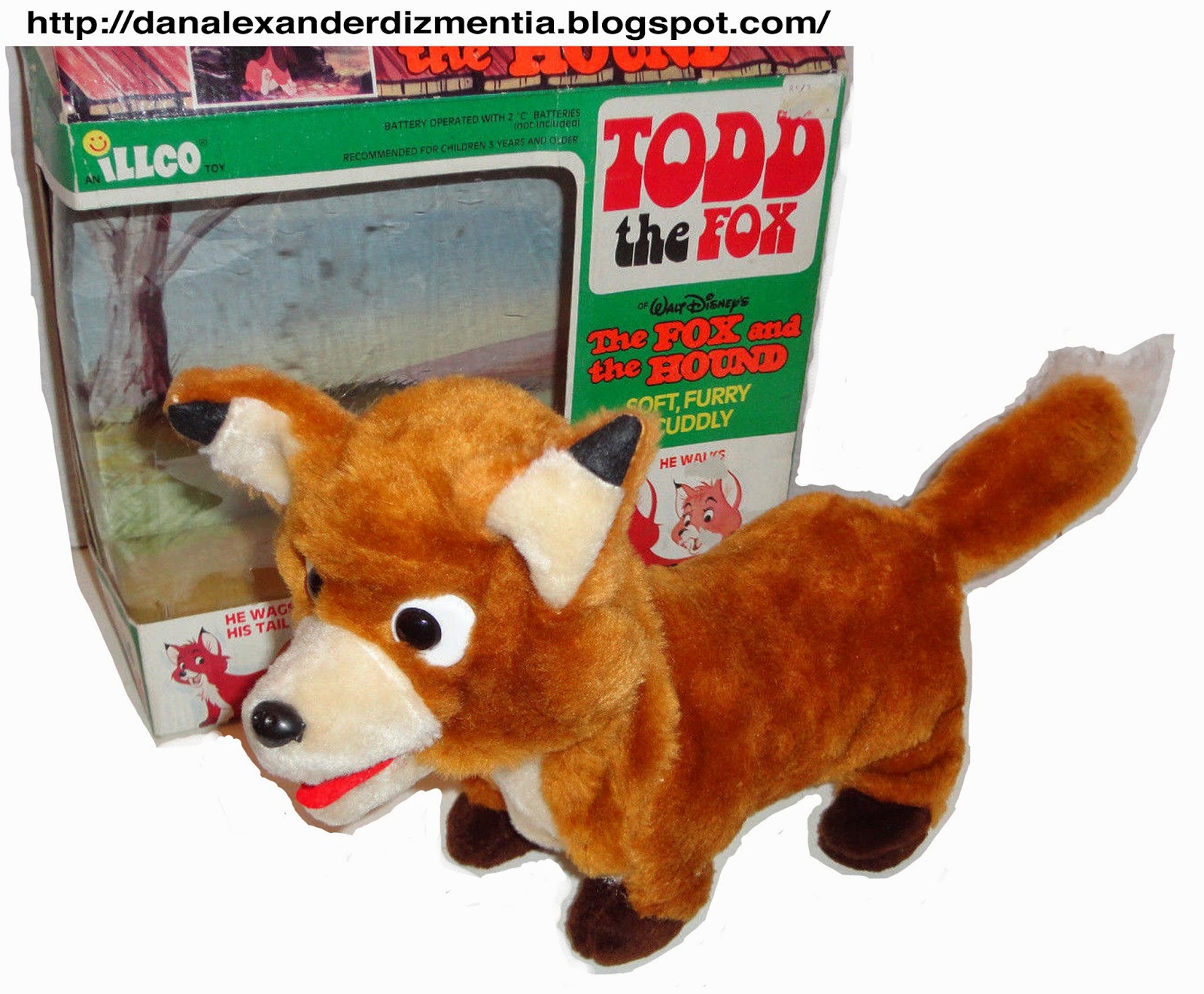 To my knowledge, there was not a toy version of Copper that barked or even featured the voice of Corey Feldman or Kurt Russell.

Getting a good look at this toy out of the package, I'm kind of OK with the fact that my parents ignored my requests to buy it.  The illustrations on the box seem to promise something better than what was made. 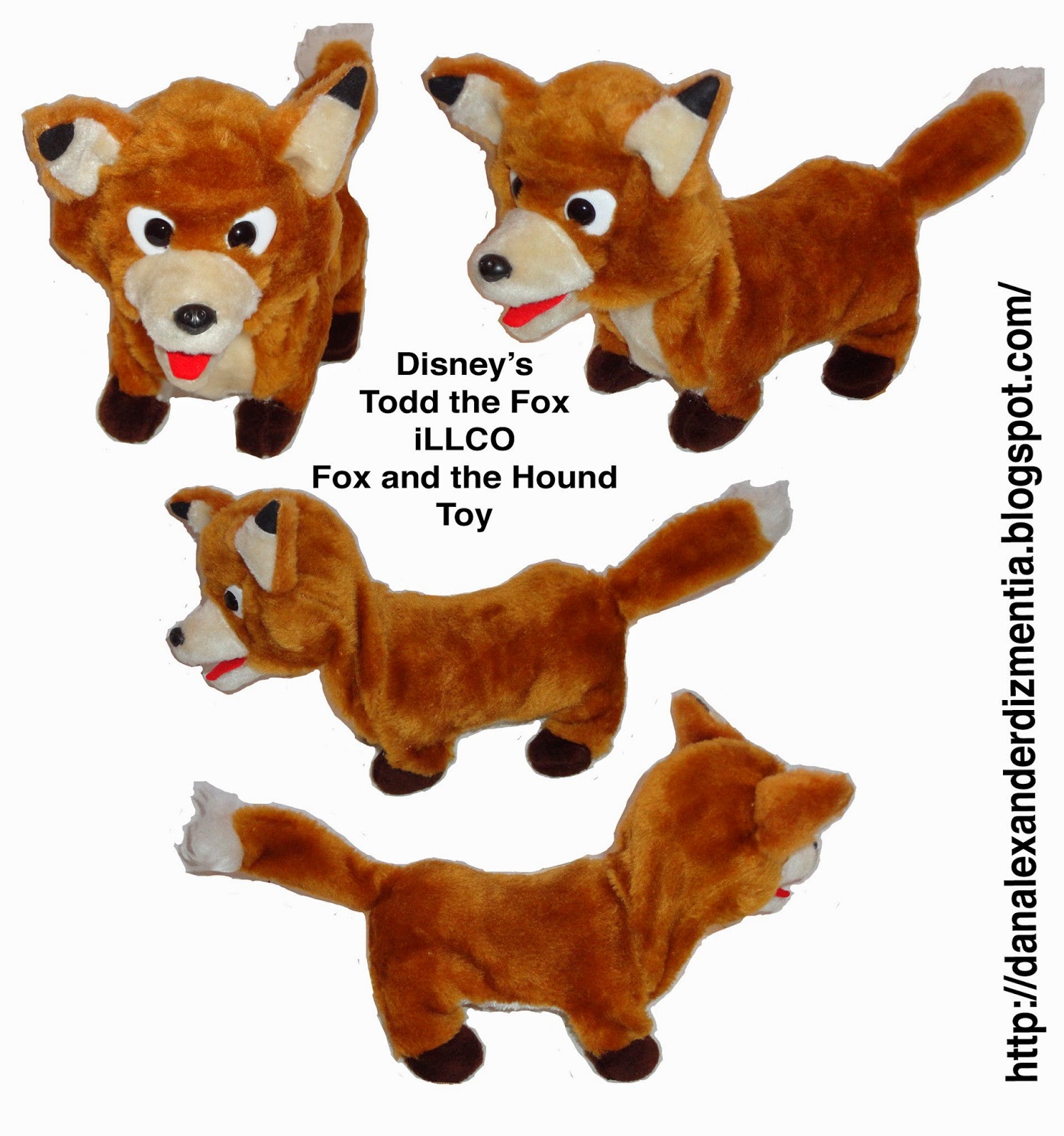 Sometimes I feel like I was meant to see some odd things when I was a kid so I could write about it here decades later.  Such is the case with the Barking Todd toy from iLLCO.
Posted by Dan Alexander at 2:53 PM 4 comments: