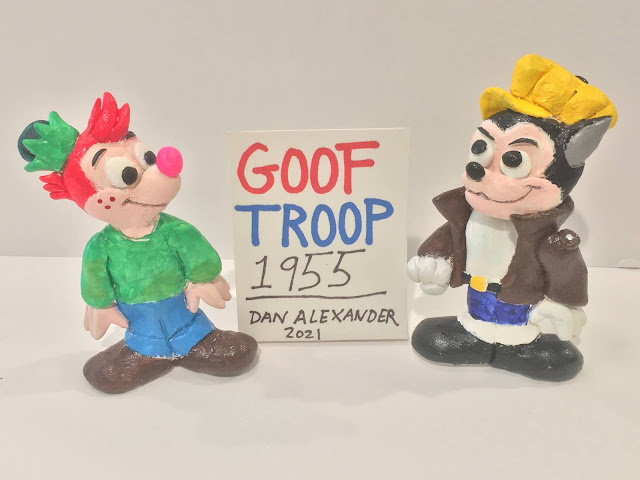 With reboots all the rage, I had an idea for Goof Troop 1955.  The 1992 Disney animated TV series Goof Troop was itself something of a reboot.  I decided to make sculptures of retro versions of Goofy Junior and Pete Junior, characters that got their start in Disney theatrical shorts when Walt Disney was alive. 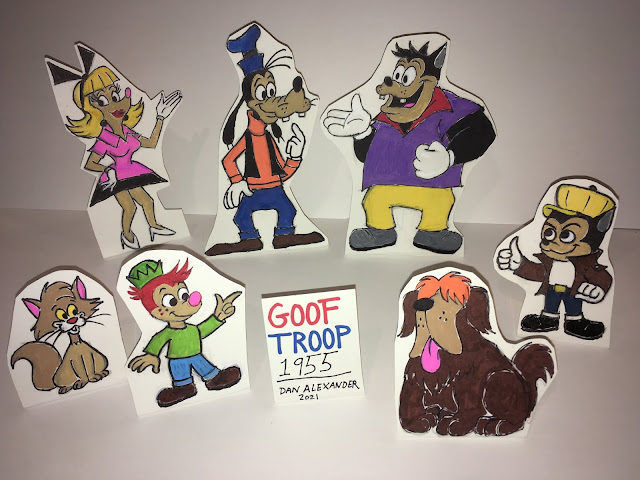 Cartoons featuring Goofy and his (offscreen) wife and son, Junior, were released in the fifties and sixties (such as 1951's Fathers are People). 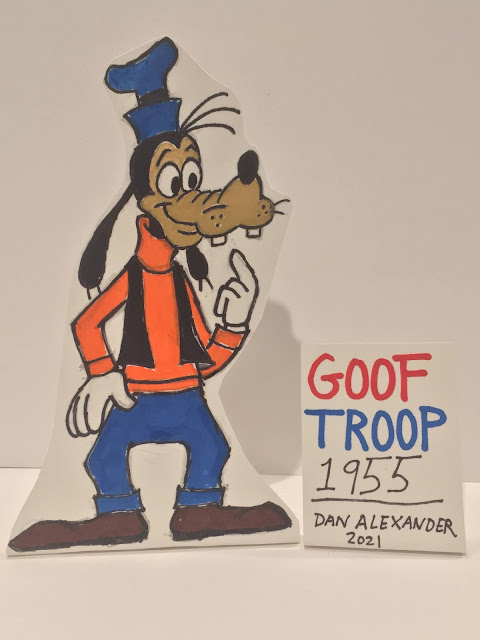 Red-headed Goofy Junior was an antagonist in these cartoons, and not necessarily beloved by audiences.  The same can be said for Pete Junior, who was a nasty brat in the 1942 Donald Duck cartoon, Bellboy Donald. 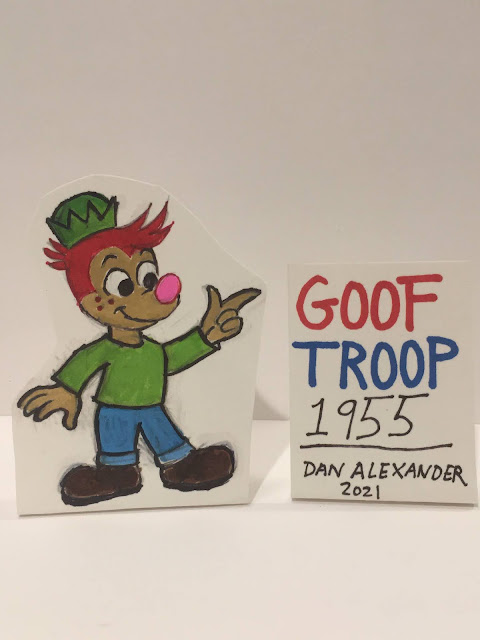 A lot of my inspiration for Goof Troop 1955 was a home movie I recently watched of my Mom and her siblings as kids in 1955.  My Uncle Jack, with his red hair, freckle face, and Superman T-Shirt, reminded me of Goofy Junior in the fifties. 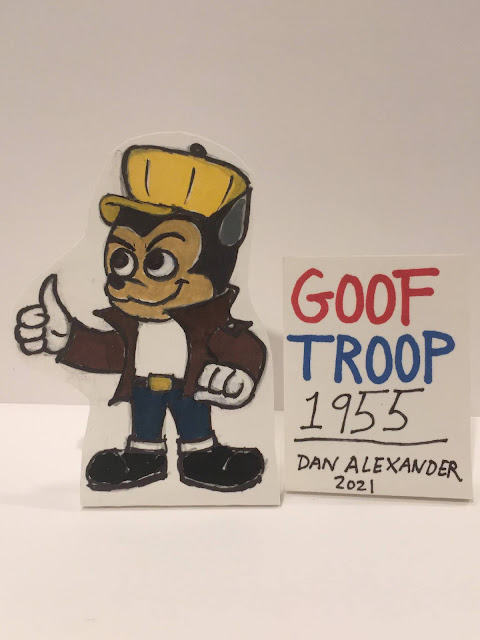 Pete Junior's rebellious look was inspired by the 1953 Marlon Brando movie, The Wild One. 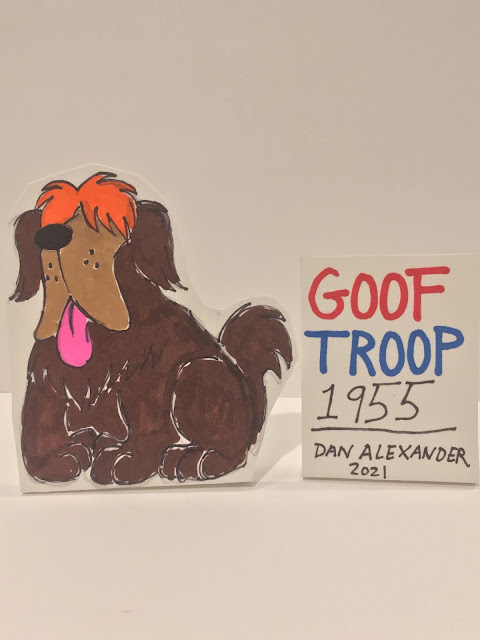 Muncey the dog was Pete's dog in the 1953 Donald Duck short, The New Neighbor (which also inspired Pete's look here). 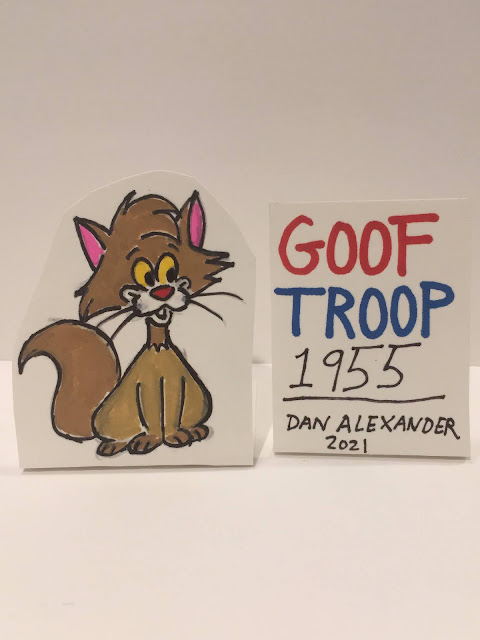 Milton the cat was featured in a number of Disney shorts, including the 1951 Pluto cartoon, Plutopia. 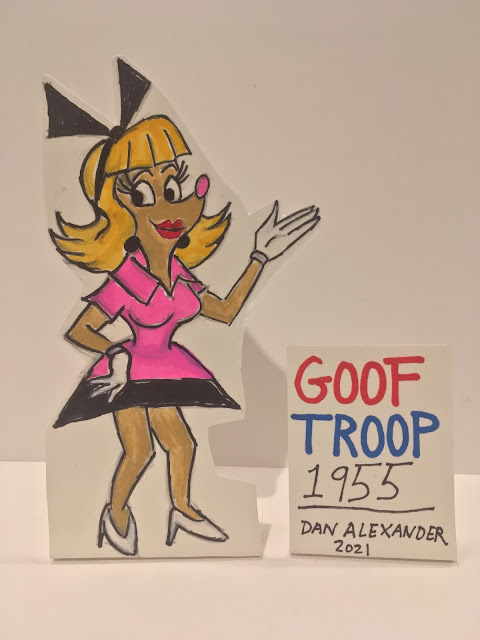 Goofy's look here is a mix of his design in the Fifties and Disney comics from 1969 up to the early 1980s.  That's because in these comics, Goofy had a love interest named Glory Bee.  Glory Bee is a poodle-type character that really has a Pink Ladies look that fits in nicely in the fifties.

Posted by Dan Alexander at 2:20 PM