Circus World and Universal Studios Florida On A Disney Map 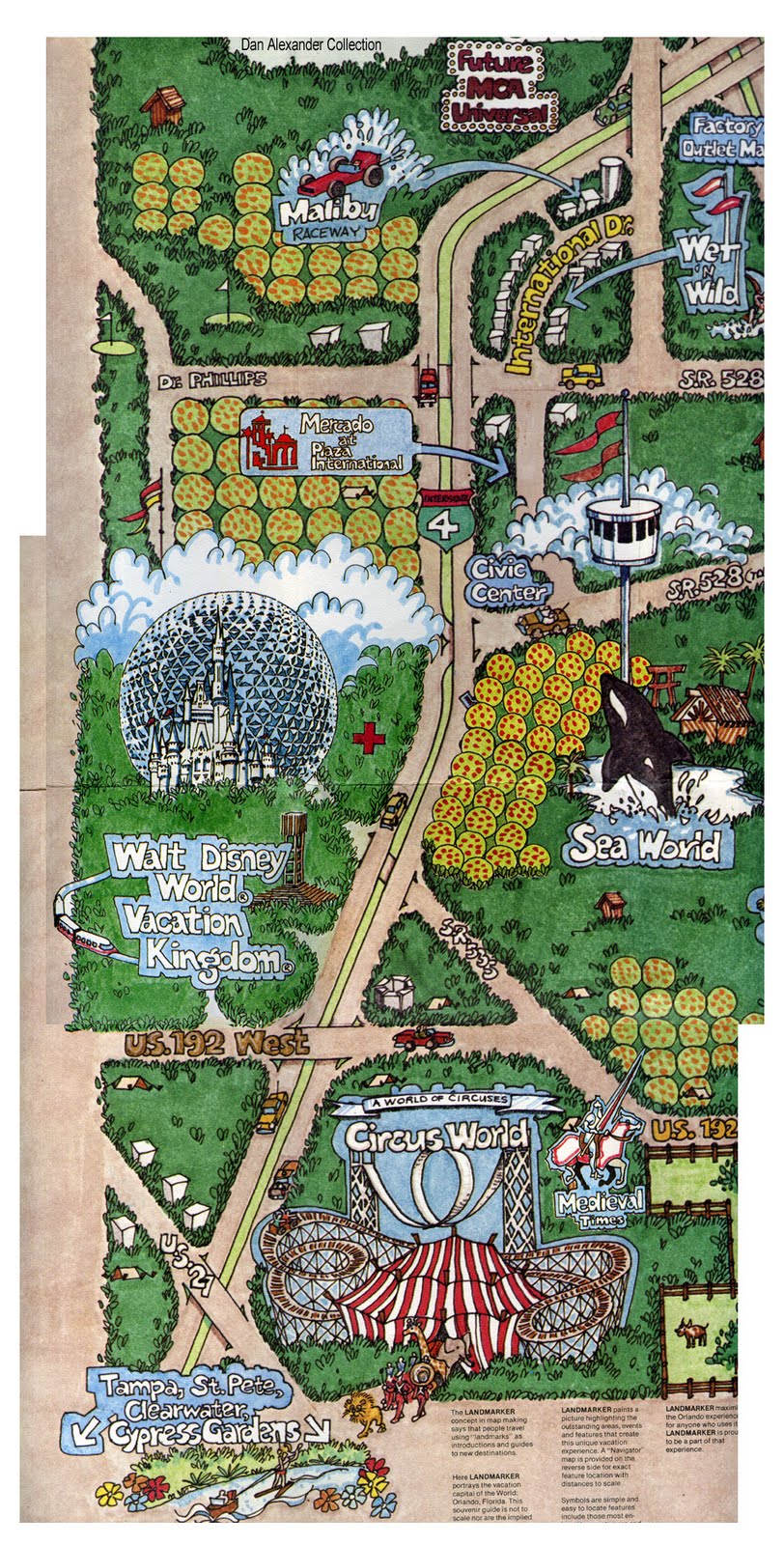 My, how Orlando, Florida has changed!  The Walt Disney Travel Co. distributed this "Full Color Souvenir Guide" (produced by Landmarker) many years ago.  I can't find a year anywhere on it, but my guess is 1983 or 1986.  The artwork is great fun, and the map is gigantic.

The map is interesting because it features "Future MCA/Universal" (near the top) and the long-closed Circus World theme park.

This is actually two maps in one!  The cartoon map is the "Sunseeker's Guide."  On the flip side, there's the "Navigator's Guide," which is strictly directional (and less fun).

Thanks to the Navigator's Guide, I am pretty sure that my family stayed at the Ramada Inn at Circus World (we did not visit Circus World, though) as part of our first visit to Walt Disney World back in 1981 (we did not get to visit the Magic Kingdom then, either----that's another story).
Posted by Dan Alexander at 4:54 PM