Goofy Doo, Where Are You? 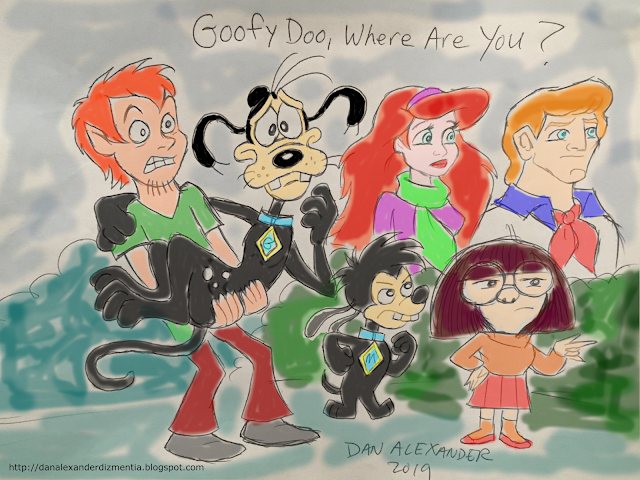 Scooby Doo, Where Are You? has been such a successful franchise that even Hanna Barbera itself ripped off its own creation in the 1970s with various Scooby Doo clones.  One of the worst offenders was Hanna Barbera's Goober and the Ghostchasers in 1973.  This got me thinking about how I'd like to see a Disney version starring their goofiest dog.  Goofy Doo, Where Are You? casts Peter Pan as Shaggy, Goofy as Scooby Doo, Goofy's son Max as Scrappy Doo, Ariel the Little Mermaid as Daphne, Edna Mode from The Incredibles as Velma, and Hercules as Fred.