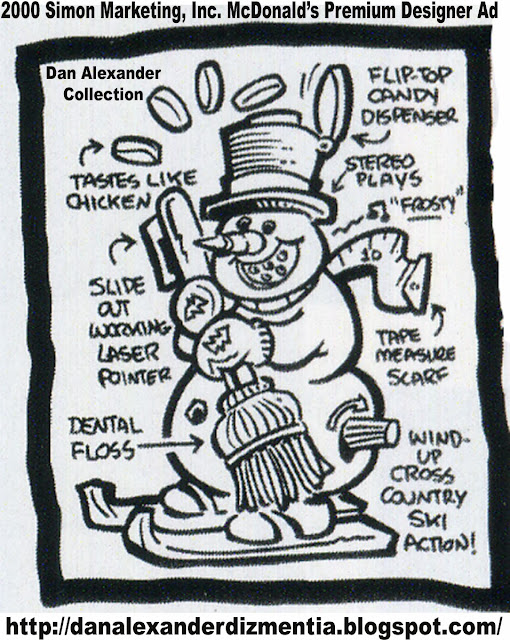 Once Upon A Time, the release of a new Disney movie was a accompanied by a highly anticipated set of toys sold at McDonald's (or Burger King).  If the Disney film "Frozen" had been released back then, we'd probably see an Olaf the Snowman toy similar to this one.

Changes in marketing back in 2006 have made new additions to this popular subset of Disney collecting a thing of the past. 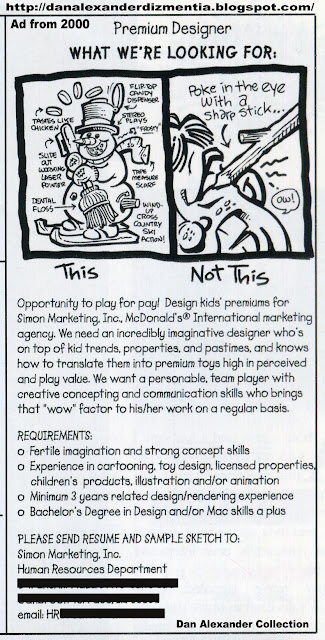 Simon Marketing, Inc. created some great International McDonald's Happy Meal toys for Disney's The AristoCats and Disney's Lady and the Tramp.  (Check out the links to see them).

In recent years, Disney has partnered with Subway Restaurants to promote the newest films and TV shows.  They usually offer reusable lunch bags or things like WALL-E Digital Calorie Counters to collect.

UPDATE 12/6/13:  I saw Frozen on Thanksgiving Day and thought it was fantastic.  Especially amazing is the "Let It Go" sequence (sung by Idina Menzel) where Elsa finally unleashes her powers, creates her ice palace, lets down her hair, and transforms into the Snow Queen.  It was so good, it gave me chills. Elsa Rules!

And yes, Subway Restaurants have Frozen lunch bags to collect.

UPDATE 7/8/14:
In July of 2014, Elsa and Anna took Disney's Hollywood Studios at Walt Disney World in Florida by storm with Frozen Summer Fun.  The new event includes shows, a parade, and an indoor ice skating rink.

I'm going to make a bold prediction here, and start a very plausible rumor:  I bet there's a good chance that we could see an indoor Frozen snow theme park attraction at Walt Disney World in Florida.  This sort of attraction idea is not new.  In fact, Dolly Parton planned a Snow and Water park for the former site of the Opryland theme park in Nashville, Tennessee.


NASHVILLE, Tenn. -- Dolly Parton plans a water-snow park in Nashville, described as the first of its kind in the country, to join her other tourist attractions in East Tennessee.
The new $50 million venture, announced Thursday on Parton's 66th birthday, is a 114-acre park projected to open as early as summer 2014. It is not yet named.
It will join her Dollywood theme park and a water park in Pigeon Forge, about 190 miles away in the foothills of the Smoky Mountains in East Tennessee.

Sadly, Dolly Parton's snow and water park was never built.
However, given the popularity of the (up-charged) ice skating Frozen experience at Disney's Hollywood Studios, I think there's a good chance of Elsa stirring up an eternal (indoor) winter at Walt Disney World in Florida.