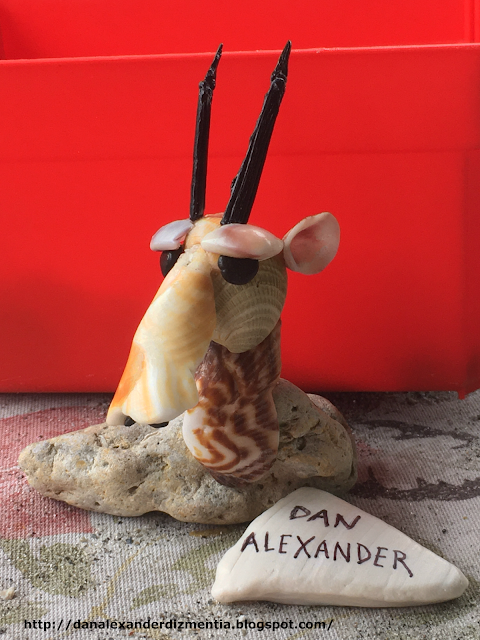 I've been making sculptures using materials I find at the beaches near my home in Venice, Florida.  I decided to build an animal bust series, with the challenge of not using any paint.  So, strictly natural materials.  One of the animals I really wanted to build was a Saiga Antelope.  This unusual deer lives in Mongolia and Russia, and has the distinction of having a trunk-like nose.  It has been called a "Star Wars deer" because of its alien like appearance.  The Saiga also somewhat resembles a Camel.  As Christmas is approaching, I think a Saiga would be a funny choice for a Rudolph the Red-Nosed Reindeer type Santa Claus story.  Hence, "Saiga, the Trunk-Nosed Plains Deer."

The first animal in this series that I built was a Lion.  Since he's made of shells, he's a Sea Lion. 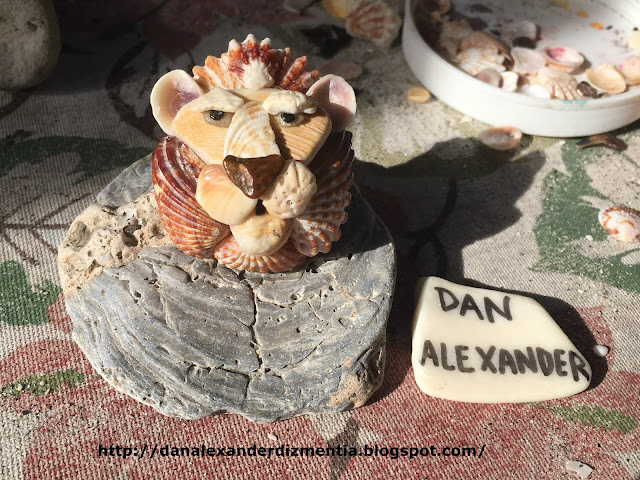 I was definitely thinking of African masks when I was making these.
Being that I grew up in Alabama, I felt it was my duty to build an Elephant.  An Elephant is the mascot for the University of Alabama football team. 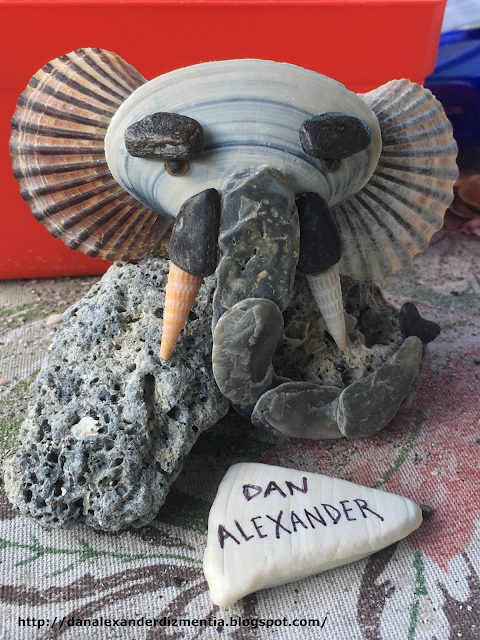 A Shellephant never forgets!
Since I made an Elephant, I also built a Tiger.  Auburn University is Alabama's main rival, and Auburn's mascot is a Tiger. 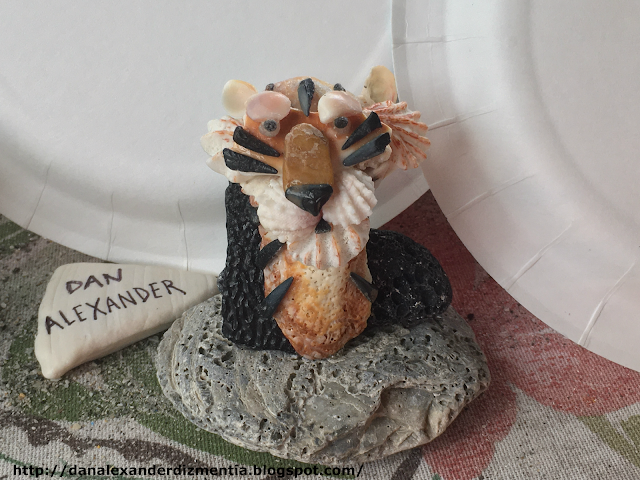 I call this "Crouching Tiger, Hidden Sharkteeth".  The sharkteeth are hidden in plain sight.

Florida's beaches are home to some Starving, Starving Hippos. 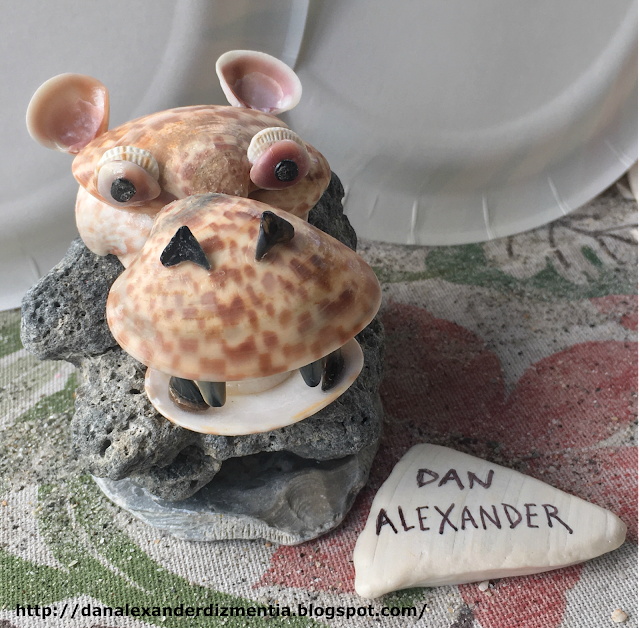 While Hippos are a cute, but dangerous African animal, it is somewhat surprising to learn that wild hippos do exist in Colombia.  They can be found around the Rio Magdalena.  They are descendants of escaped hippos owned by drug lord Pablo Escobar.

This Giraffe's eye lashes are made out of shark teeth. 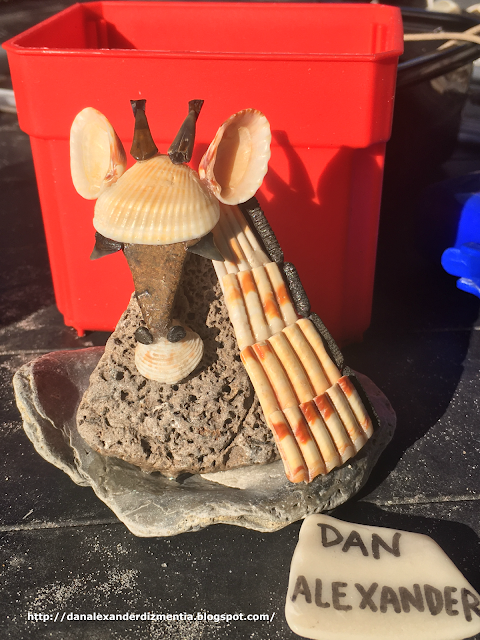 A herd of giraffes is called a tower.  They are the skyscrapers of the animal kingdom.
A Rhino is Africa's unicorn. 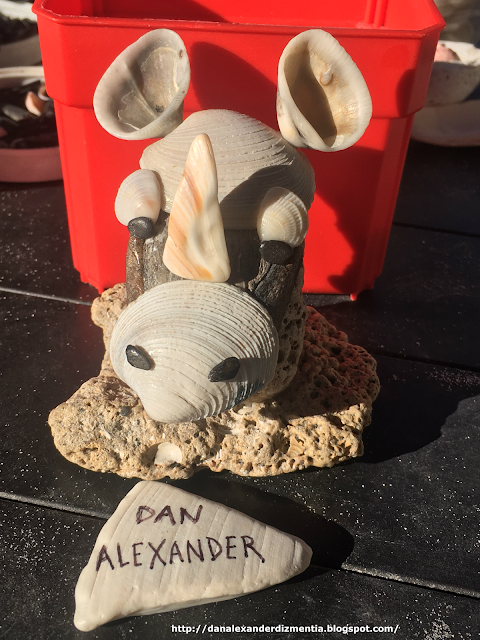 These tank-like creatures look like living dinosaurs
Here's a fun fact:  all Spotted Hyenas appear male.  Even the females look male.  Nature can be wild. 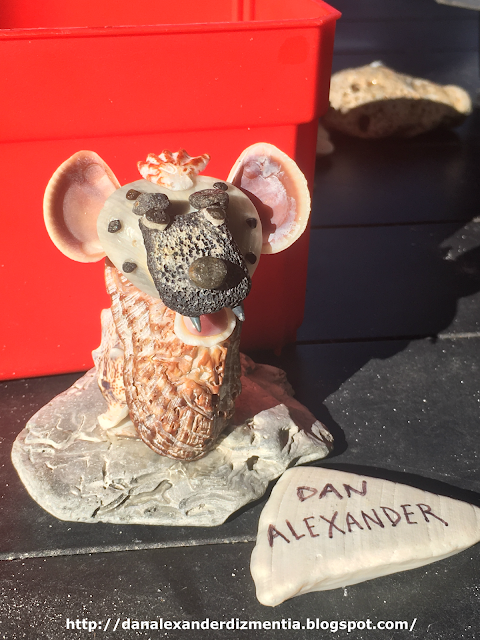 Though hyenas are portrayed as sneaky or cowardly in a lot of media, they are actually highly intelligent.
An incredibly smart ape is the Chimpanzee. 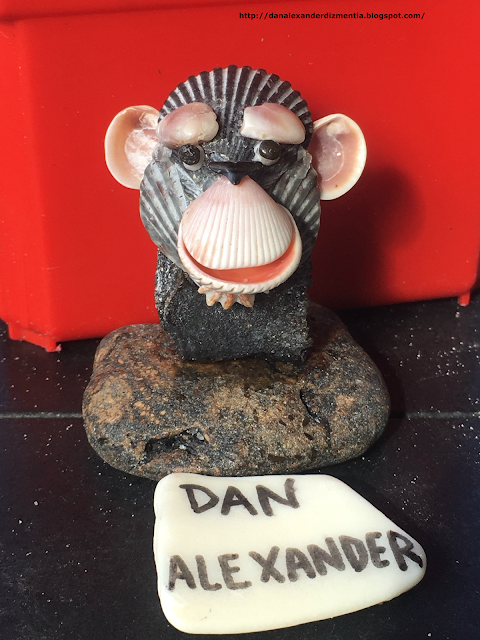 Chimps are intelligent, but are also known to be incredibly violent.  They are kinda creepy.

The Orangutan is another bright ape. 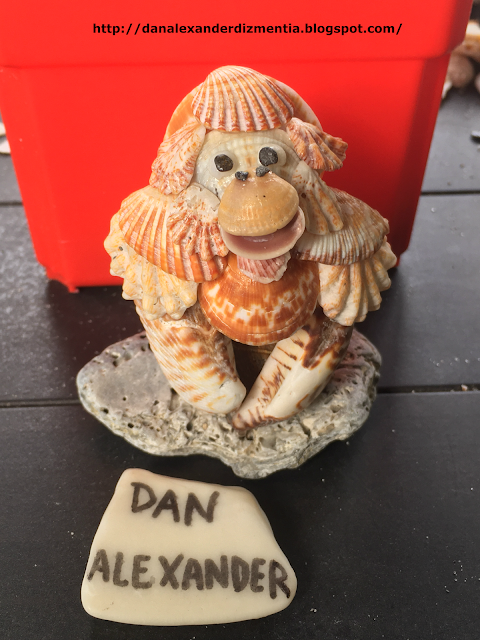 The Orangutan is known as the "man of the forest" and it is easy to see why.

Posted by Dan Alexander at 1:21 PM